Introduction:
A couple of years ago my tech guy suggested we make a Kindle booklet on hemstitching since it was the number one inquiry in my weaving tips section on my website. I use it at my loom every time I do hemstitching. The second booklet is on knots—something I thought really would be useful right next to the loom on an iPhone, or other devices. 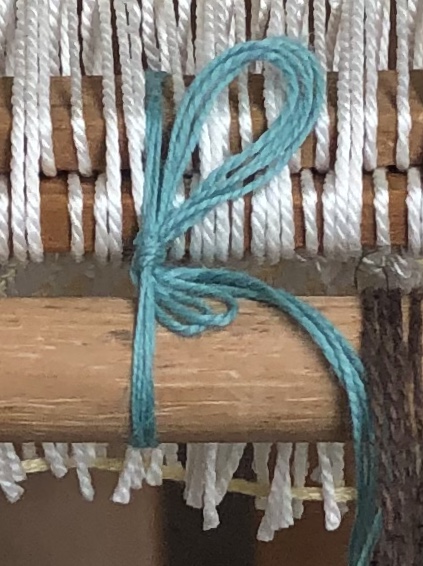 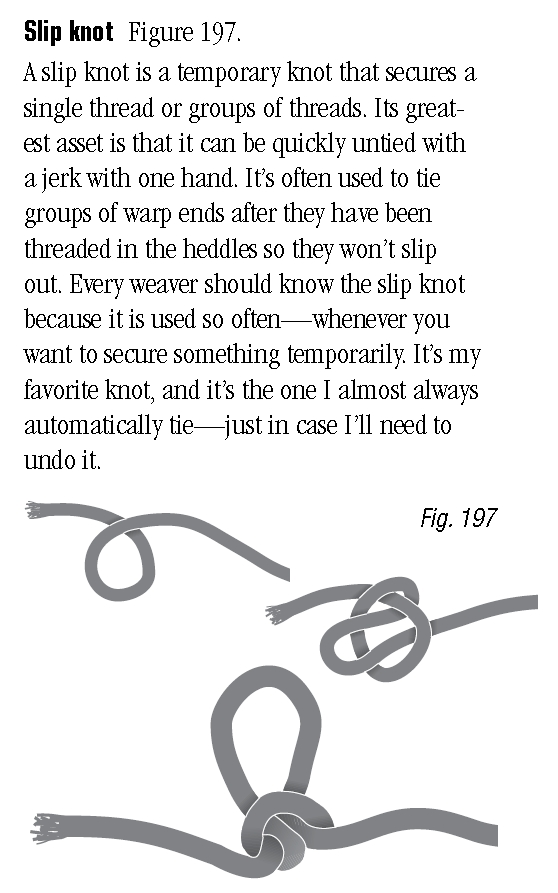 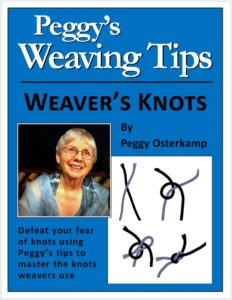 I made this little booklet so you could have it on your iPhone or other devices. Want to know how to tie a weaver’s knot? There are 3 ways shown as well as “how to undo a weaver’s knot. Of course, square and granny knots are included, as is the lark’s head knot, and other knots for weavers. I like it because you can have it at the loom up close when you need it. The cost is $2.99 and you can order from Amazon.