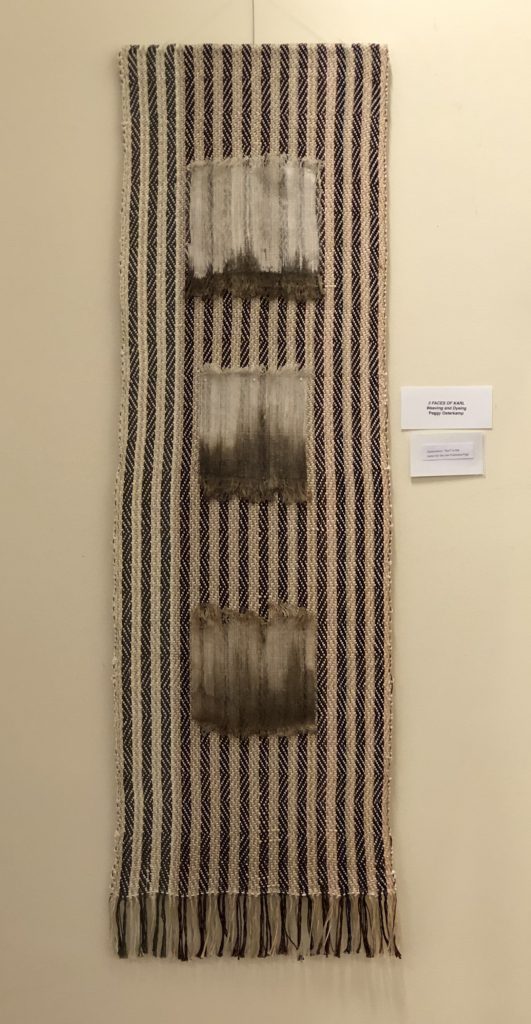 Someone asked me about the weave structure for the background of this piece in the previous post. I realized there is a story behind it. (Just when I think I’ve run out of post ideas, something comes up to get me going again!)

This is what I intended to weave. Since I was going to use the butcher’s twine that I’d been hoarding for years, I wanted to have the weft dominate the warp to show it off. When I think of twills I usually think of balanced twills where the warp and weft show equally. That can be written as 2/2 twill. In the fraction, the top number represents the number of warps lifted and the bottom number, the warps to be lowered. Regularly the treadling would be 12, 23, 34, 41 etc. And to reverse the direction it would be 41, 34, 32, 21 etc.

Besides that, I wanted the points where the direction of the twill changed to be crisp so special attention needed to be made. Normally one might think to change the direction at the point you would treadle 1,2,3,4,3,2,1. The point is often mush or not sharp with that treadling. What you do is at the point of reversal you jump to a specific treadle and to begin the reverse direction. How do you know what to do? Read on. 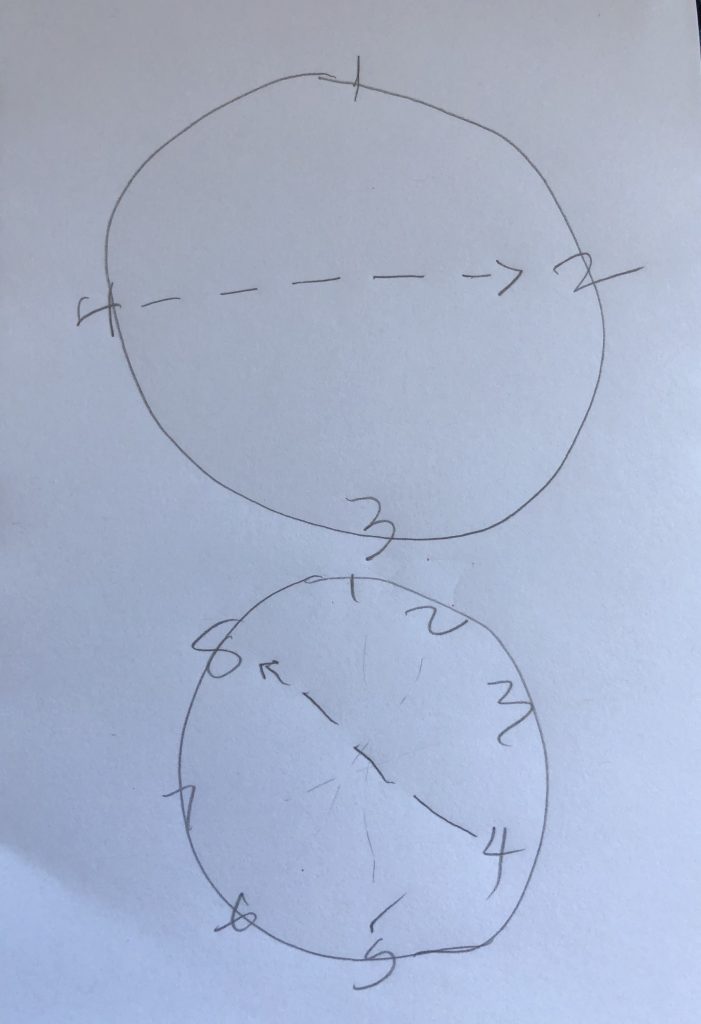 You make yourself a “twill circle”.  You make a circle and put on it as many points as there are treadles for one repeat. The photo shows the circle I used for a 4-shaft twill. Wherever you end up and are ready to change directions, you jump to the point directly across the circle. In this instance if I ended with treadle 4, the next treadle should be 2. That would be the first shot for the reversed direction. So wherever my 16th row happened to land, I would always know what treadle to start the reversal with. If I ended on 1, then I would begin with 3. The lower circle shows a circle if I were weaving with 8 shafts. If I ended up on treadle 4 I would jump to treadle 8 and if I landed on treadle 5, I would know to jump to treadle 1 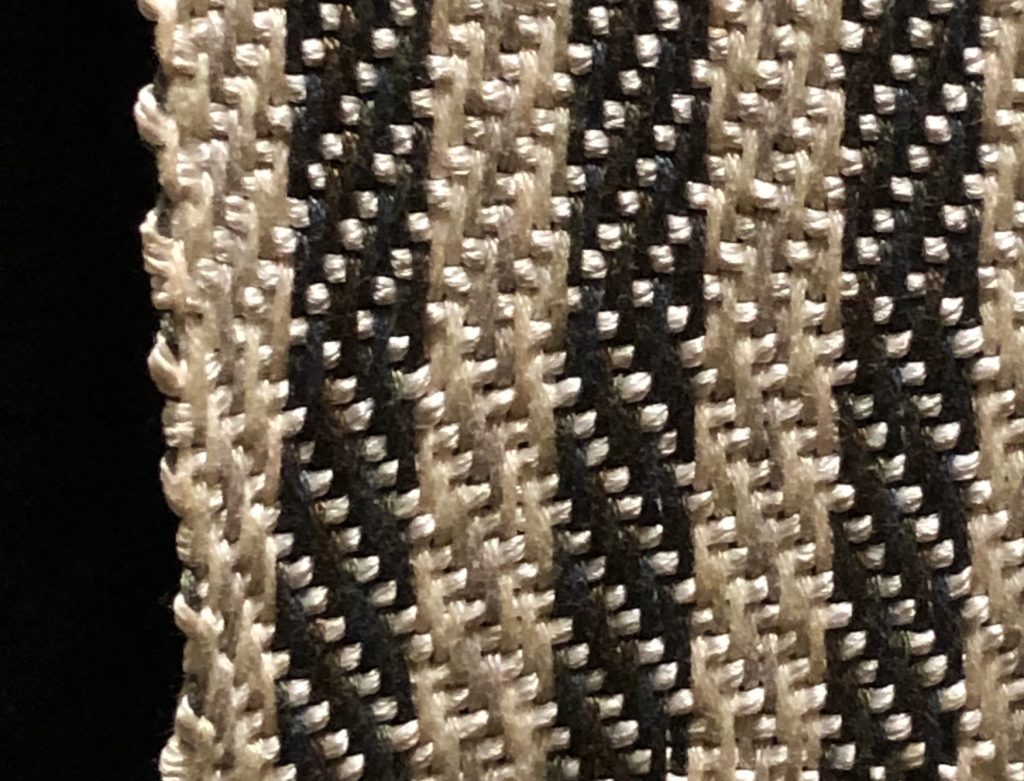 However, I decided I liked the wrong side better when it was off the loom! The wrong side is the reverse, with the warp dominating as a 3/1 twill. If you look closely at one row you might be able to see 3 warps up between each single weft. Warp face and weft faced twills can be called unbalanced twills as opposed to balanced twill which would be a 2/2 or 4/4 twill, or 5/5 twill etc.