Introduction:
I have a lot of tips and information on end-delivery shuttles and 2 ½ pages with illustrations on winding pirns alone. Here is a brief description with out important details. 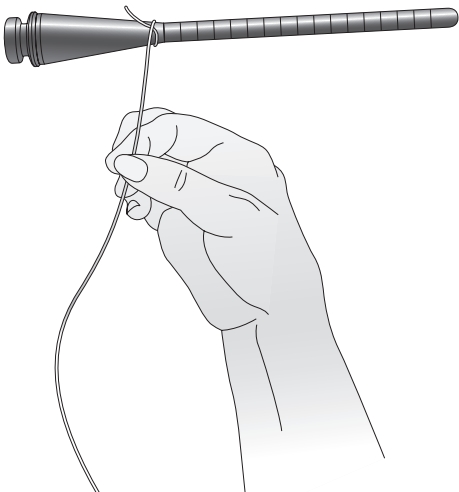 The shape you are making is a cylinder with a cone-shaped tip. To secure the weft yarn to the pirn at the beginning, start by wrapping the yarn a few times on itself around the flat part of the pirn, not where you will form the base of the cone shape. Do it before putting it on the winder. The yarn won’t “hold” if you start it on the cone-shaped part. 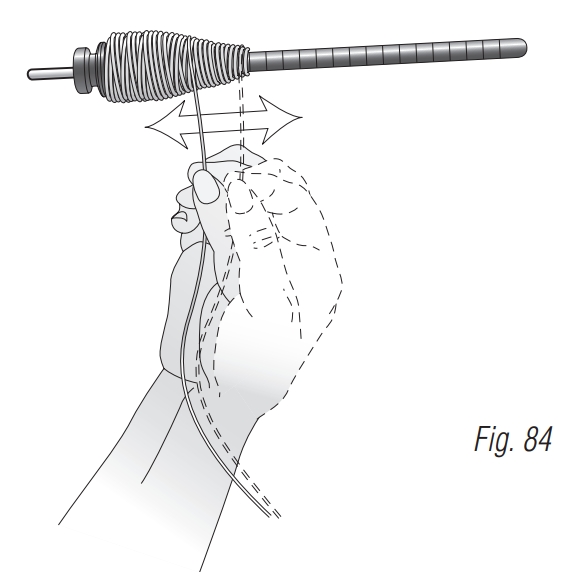 There are two motions going on at once while winding pirns. One motion is the overall movement from the base of the pirn toward its tip. The second movement is a swinging of the yarn, back and forth for a distance of about an inch to an inch and a half. 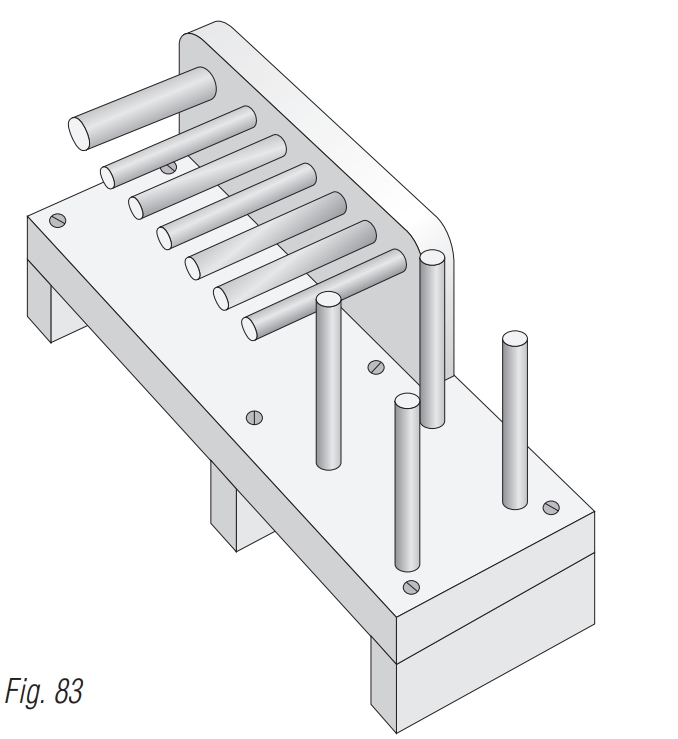 Begin winding at the base—where there is a built-in-cone-shape. Wind on some weft to make a small hump, which immediately begins to establish a cone shape. This initial hump should fill only an inch or so on the shaft of the pirn. Even though the base of your pirn is already shaped like a cone, you’ll want to retain this shape and build it up a bit higher right at the beginning.

Remember to swing the yarn back and forth right from the start. At its base, the diameter of your starting cone of yarn should be just a s big as the diameter of the finished filled pirn. This diameter is determined by the size of the shuttle’s cavity.

Don’t wind these pirns in sections as the manuals often suggest. Rather, keep gradually progressing toward the tip. It’s like a stack of dunce caps, or highway cones, on their side.

Here is a finished pirn. The completely filled pirn should be quite firm and end in a cone shape about ½” from the tip. It is OK to fill many pirns at one sitting

2 thoughts on “How to Wind a Pirn: Final End-Delivery Post”