Introduction:
For once I’m up to my neck with things to do so it’s a “quick post” this time. I’ve been wanting to post these for a long time. 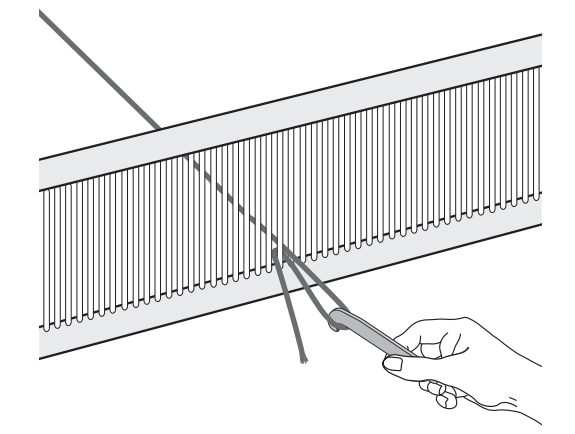 There’s an easier way to re-sley the reed than unthreading all the threads that need to be moved at once. Instead, before un-threading anything, insert your sley hook into the new reed position for the incorrectly sleyed thread. Hook the thread to be moved behind the reed and draw it and the sley hook through the dent. In effect, you are “de-sleying” and “re-sleying” in one movement. Once I was making a gift and noticed a skipped dent. I thought it wouldn’t show after washed—well it did and I gave it with apologies. Then I fixed the error and it was a piece of cake and kicked myself for not taking care of it in the first place. 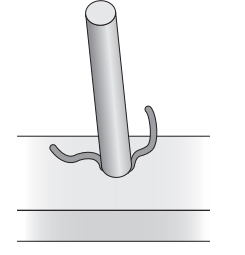 I call this my wobbly peg illustration. I think it speaks for itself