Introduction:
Here is more about shuttles and bobbins from Jim Ahrens which can be found in one of my books, Weaving & Drifting Your Own Cloth. As I typed this post from the book, I could hear Jim saying these exact words.

Rule 1. You must throw the shuttle gently so that it is not moving at a good clip when it reaches the other side with the bobbin spinning rapidly. When you use a shuttle with a revolving bobbin, the speed with which you throw the shuttle is very important. Too much speed means the shuttle hits your receiving hand with the bobbin still spinning at a good rate, extra yarn flies off, and you have a mess to untangle. Even if extra yarn doesn’t jump off the bobbin, it may spin back onto the bobbin in the opposite direction—which causes a jerk on the next throw when the bobbin suddenly changes direction back again (backlash). It takes force or energy to get the shuttle and bobbin moving, and they will tend to continue to move and spin (inertia) unless stopped or slowed down in some way.

Too little speed means the shuttle slows to a stop in the middle of the shed. Not an efficient way to weave!
Perfect speed means the shuttle and its bobbin are both slowing to a stop as they exit the shed. To overcome the inertia problem with boat shuttles you must throw the shuttle gently so that it is not moving at a good clip when it reaches the other side with the bobbin spinning rapidly. If you don’t, backlash and overspinning of the bobbin will occur. Your weaving will be slower than with an end-delivery shuttle, but you can achieve the rhythm you need. 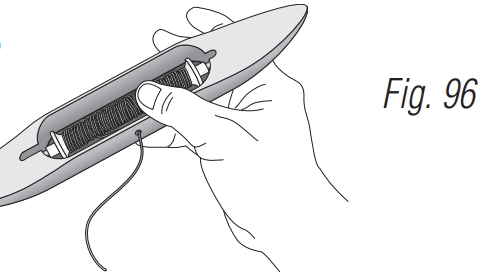 If the shuttle is closed on the bottom, your only choice is to tension the weft by touching the bobbin on the top of the shuttle. 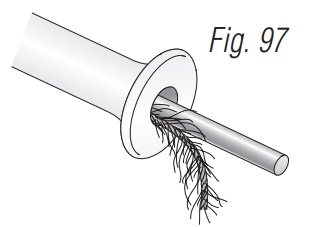 The spindle rod should be thin, to keep down friction. However, sometimes you need to slow the bobbin down and increase friction by putting a fuzzy yarn on the spindle inside the bobbin. 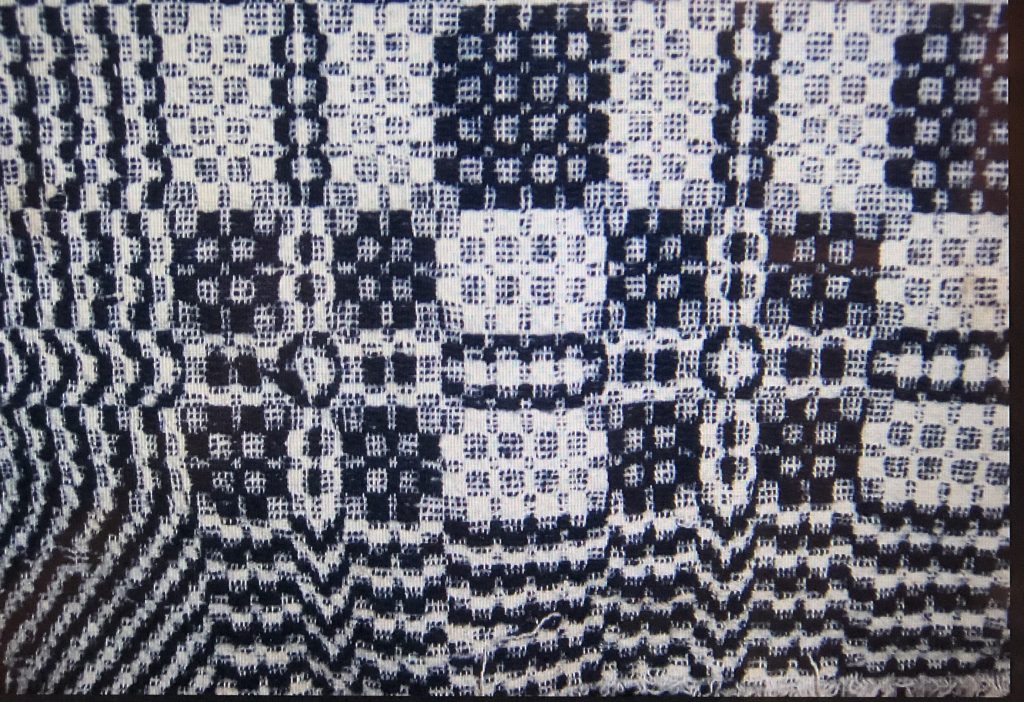 Rule 3. The lighter weight the shuttle is, the better.
The larger and heavier the shuttle is, the more trouble it will give you: the bobbin jerks more to start and unwinds more when stopping. The heavier the shuttle, the more momentum it has. It takes more force to throw it and more force to top it. Use this principle about lightness wisely. If you have a heavy yarn it will naturally take a larger (and heavier) shuttle.

I’ll always remember this rule because when I was a beginning student at Pacific Basin School of Textile Arts, I remember an advanced student was weaving an impressive, large overshot coverlet. Stephanie was weaving that wide warp with the tiniest shuttle I’d ever seen! She said it was the only one that “worked well”. That was because it was so light and she hadn’t been exposed to any of Jim Ahrens’ teaching at that time.