Introduction:
One of my mentors, Helen Pope, wove gorgeous afghans while warping “front-to-back”. My students know that I prefer the other way, “back-to-front” but in this case, she is using the better technique. I realized that I would never have thought of designing such a project with my back-to-front mentality. It would be nearly impossible to wind the warp with all the yarn changes going back-to-front. Her afghans proved that even something that isn’t very efficient, can be done and can be lovely—and the effect is worth the effort. (Read at the end for the pattern for knitting her fringes.) 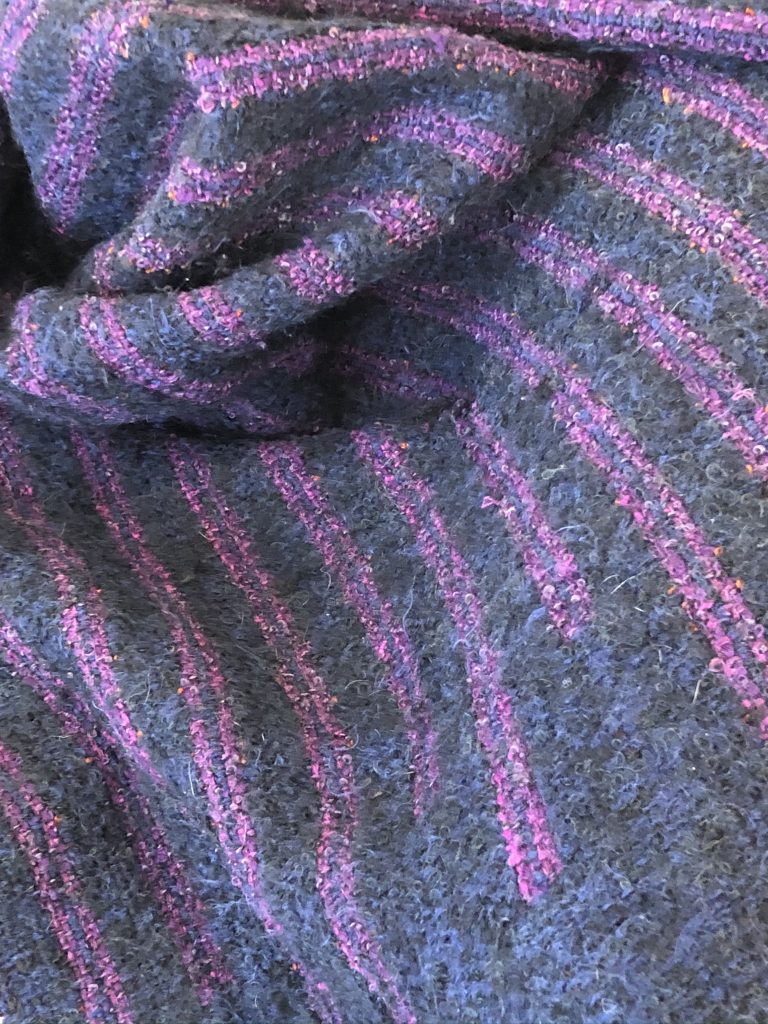 Helen made two very different afghans on each warp and gave them to family members and special friends for over thirty years. (She made mine to go with my sofa at the time.) She had one loom devoted to them. Mohair was always in the warp (and weft, I think.) and she brushed one side to raise the nap. 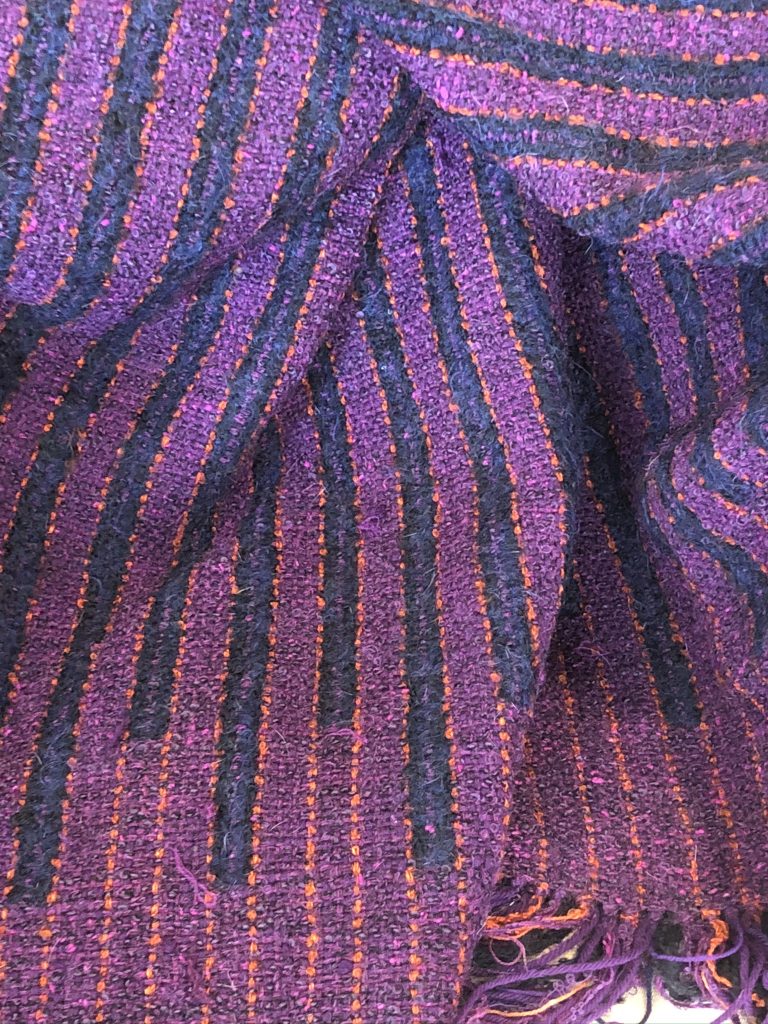 The weave structure was double weave in three blocks so threading was complicated. 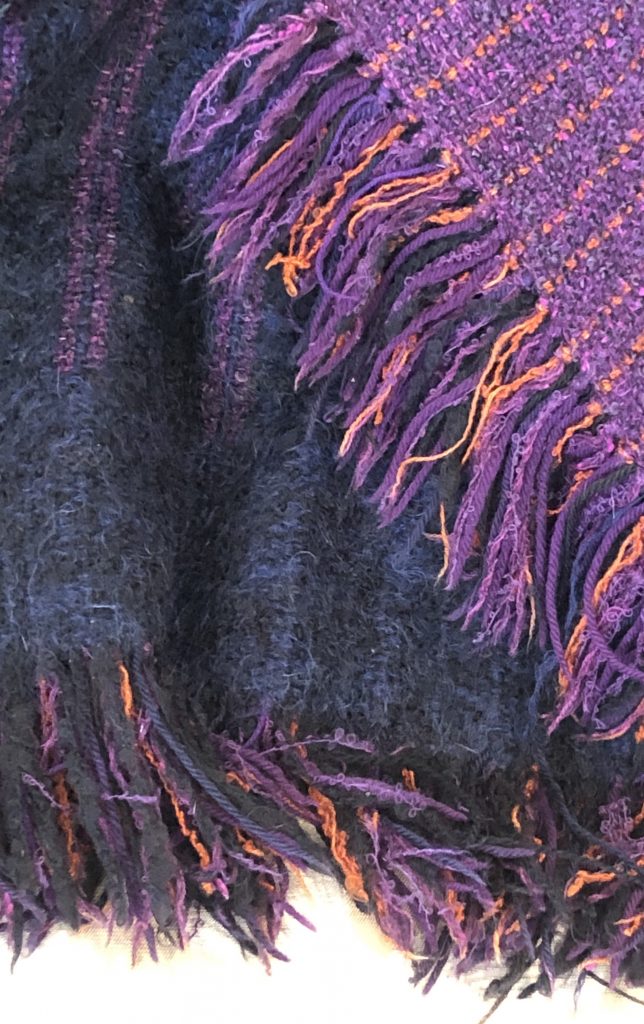 Helen carefully chose and dyed her textured yarns. She often combined more than one thread to make up a warp yarn. 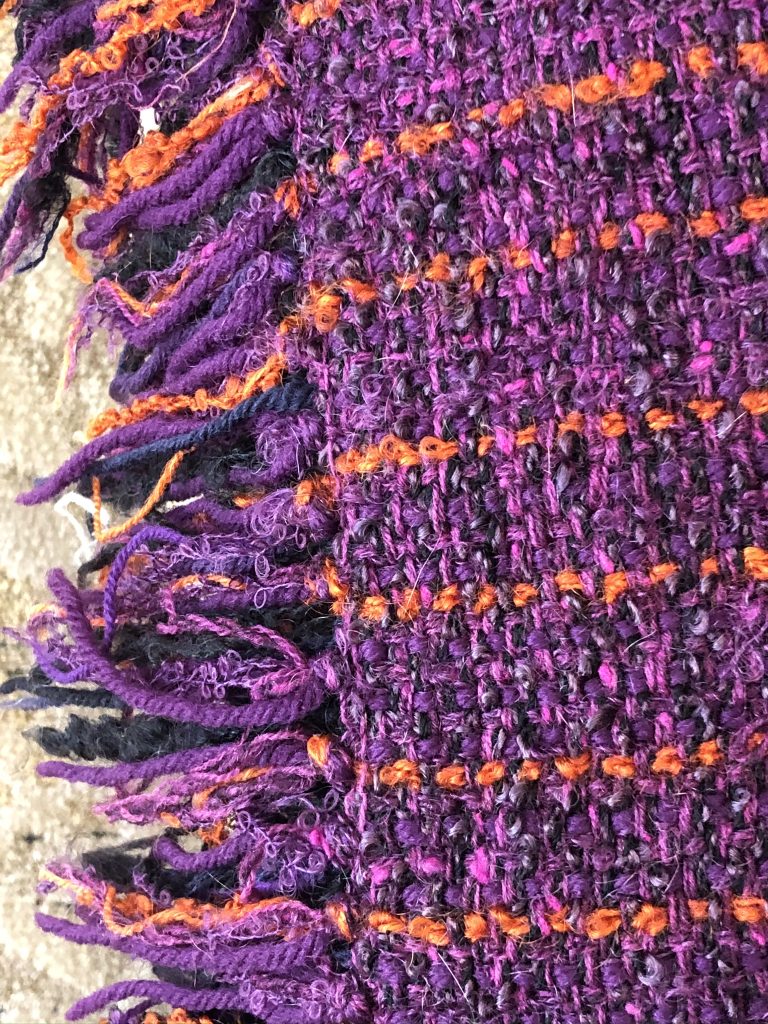 There were many warp threads per dent. She tied each new warp onto the end of old ones so she never had to thread the heddles again. 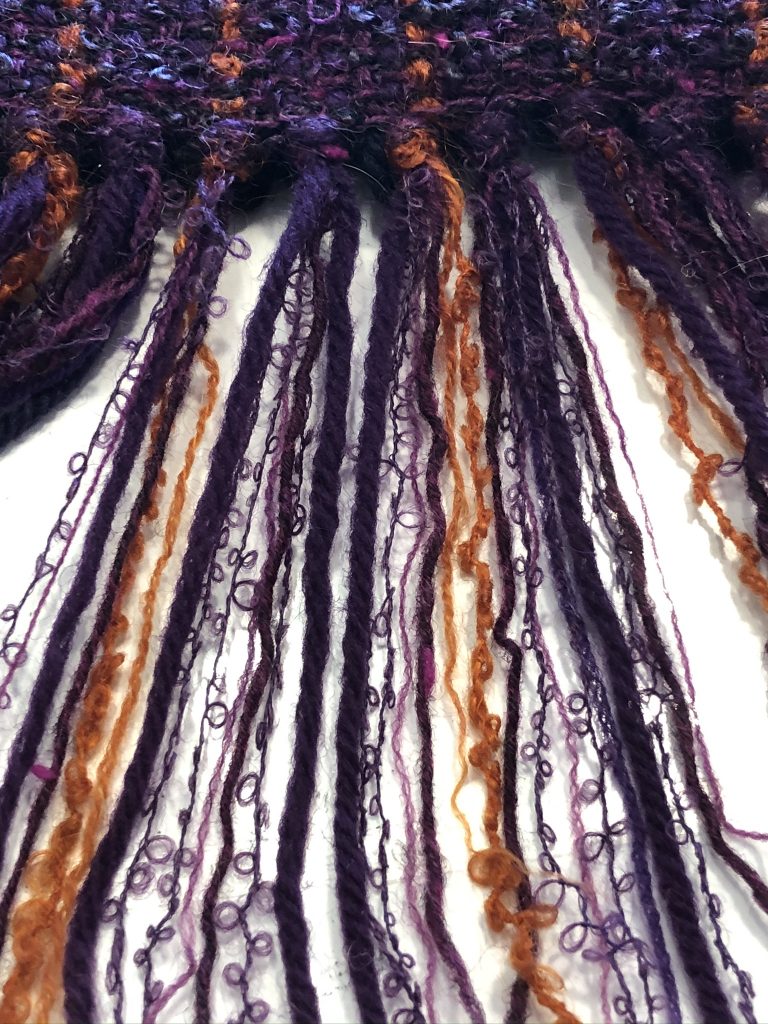 I saw her beam on a warp one day—there must have been 6 or 8 warp chains! It was a tedious business untangling the yarns while beaming—but was worth the work. Threads in each dye bath were in separate chains. She had baby bathtubs as dye pots. 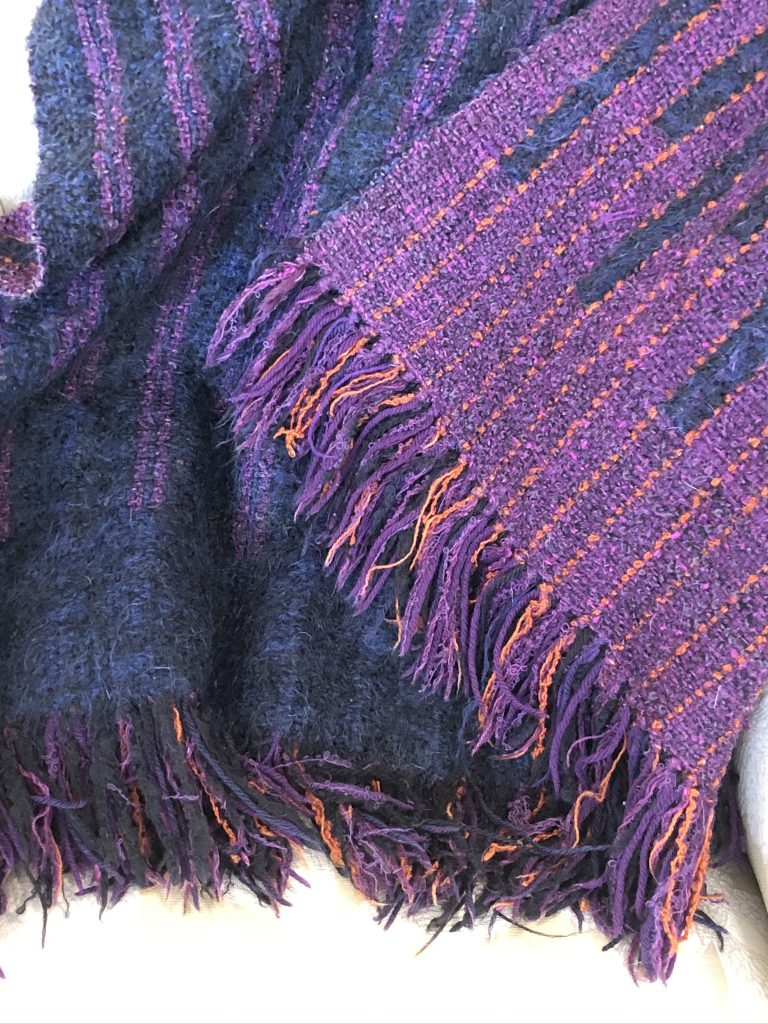 Helen was very particular about her fringes. In this afghan, she kept the warp threads from each layer separate. Often the fringe color was so changed by the wefts she used that the fringe no longer worked with the woven part. In those cases, she knitted the fringes in appropriate colors and sewed them on to hide the original threads.

From Mary Thomas’s Knitting Book:
“Knitted Fringe: Any yarn can be used. This can be used doubled, trebled, or quadrupled, according to the yarn used and the weight of fringe desired. A cotton fringe is better quadrupled, which necessitates the simultaneous use of four balls of cotton, the four stands being held together and knitted as one.

“With 6 stitches on the needle, cast-off three only, and finish. Unravel the remaining three stitches, unravelling the entire length of the knitted strip, until one side presents a fringe of even loops, while the opposite side has the appearance of a knitted braid. This is then attached to the fabric with an overcast stitch. To straighten the fringe, dampen it, and allow it to hang straight, and dry.” From Mary Thomas’s Knitting Book, page 128. 1938. Printed in Great Britain for Hoddder and Stoughton Limited, St. Paul’s House, Warwick Lane, London, E.C.4 by Cox & Wyman Ltd., London, Reading and Fakenbam.

For being so graceful as flyers and divers they ca

I love their bills.

Another pelican. It may have just been stretching.