Introduction:
Many of my weaving friends never learned to make 2 crosses on the warping board. Instead, I think that they stopped to make ties and tied off each and every group of threads for the raddle. I taught my beginners to make a cross with groups of threads for the raddle as well as the familiar thread-by-thread cross I think every weaver makes to keep the warp threads in order. It’s easy to do without stopping while winding the warp on the pegs. At one end of the warp you make the thread-by thread cross and at the other end you make a second cross with groups of threads on each side of the pegs. Then loading the raddle is quick and easy and accurate as well. The illustrations are from my book, Weaving for Beginners. And there is more text, of course in the book, as well as many more illustrations of the warping process. Note that there is a comprehensive chapter on warping front-to-back in the book as well. But this post is for the “back-to-fronters” because a raddle is used. 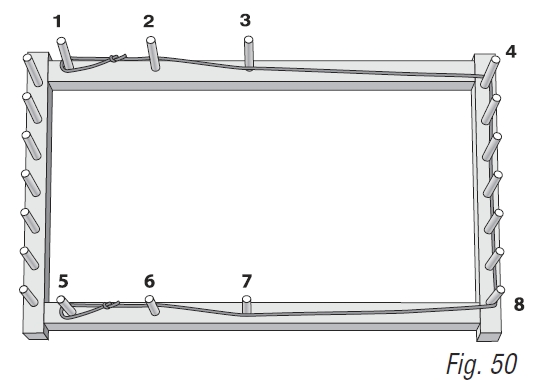 Here is how it might look like on a warping board. Notice that there are 4 pegs allotted to each cross: the regular thread-by-thread cross and the raddle cross. Then, the true cross is on it’s own 2 pegs and not involved with the ends of the warp or a peg where the warp configuration changes direction. 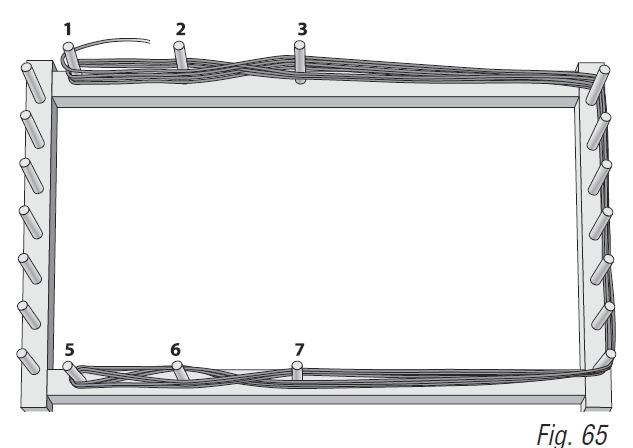 It’s interesting that a false cross develops beside the raddle cross. It is NOT a cross and disappears later so you cannot use it at all. I told my students happens naturally when groups of threads are put into a cross. In the illustration you can see the false cross between pegs 5 and 6 and that it looks similar to the real cross, except the X is encircled with threads.

I always taught my students to color code the ties for the crosses. This is shown in the illustration for the thread-by-thread cross. Notice that the end peg is tied on each side of the peg just like on the pegs holding the cross. When I checked their work, I always counted the ties at each cross: “1,2,3,4,5,6.” Color coding makes it easy to avoid twists in the warp when putting the lease sticks in. Tying on each side of the pegs makes it very easy to open the warp where the lease sticks go in.  It’s very important to make ties at the end pegs, especially at the raddle cross end. 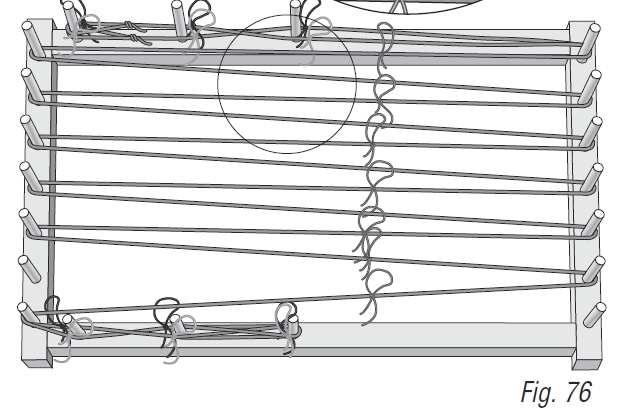 Here is what the warp would look like when all the ties for the 2 crosses are made. (The extra ties in the illustration represent choke ties.)

Lease sticks are placed in the raddle cross when it is taken off the warping board. 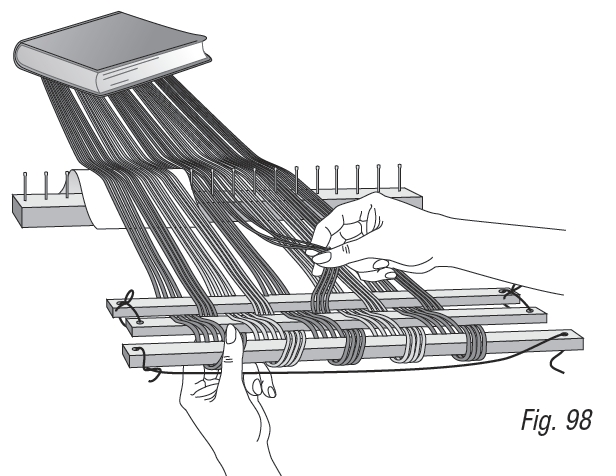 Here’s the set up for loading the raddle easily and efficiently. There is a folded piece of paper on the nails so they don’t snag the warp. Notice the big book on the warp. That is so you can pull against it slightly to make tension on the threads so it is easy to see the groups of threads in the cross. Then you can load the raddle without mistakes. 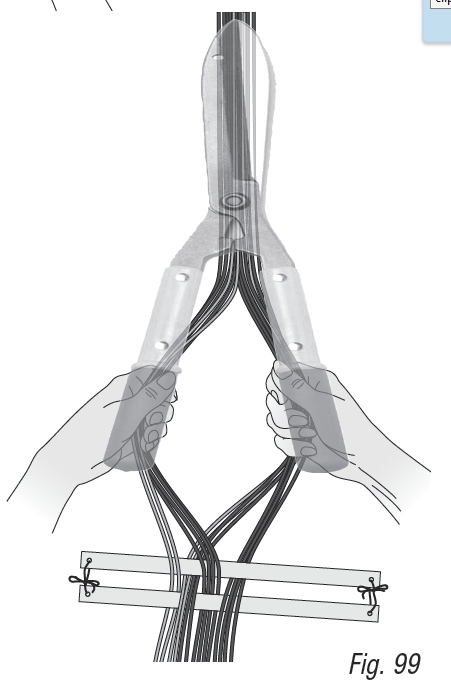 12 thoughts on “Two Crosses?? Speed up your warping process – For those who warp the loom back-to-front”