Introduction:
This post was also inspired by Linda Doggett who said how important it is to her to beat on an open shed to make good selvedges. I enjoy the connections with other weavers. If you have an absolute favorite tip or process, let me know and perhaps it can go out into the weaving world in a blog post. 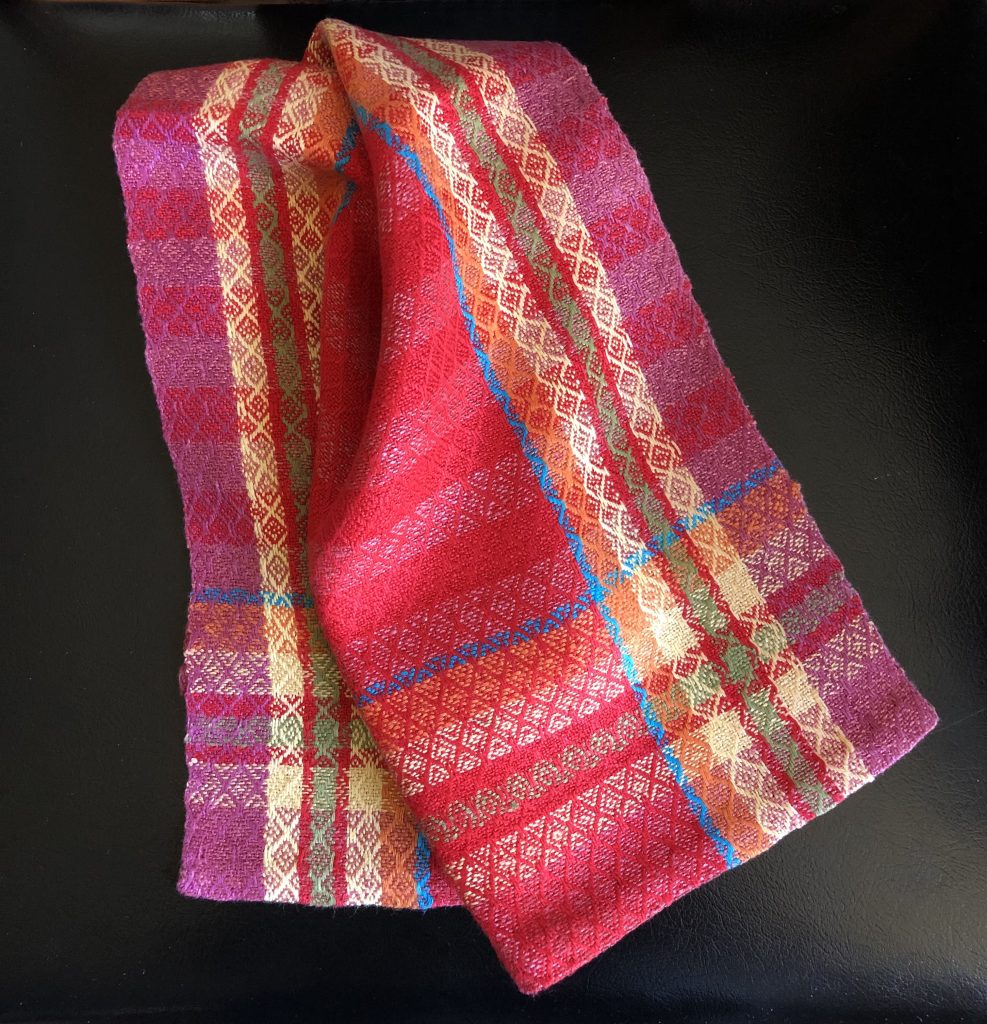 I’ve been pretty proud of my selvedges over time using the process Jim Ahrens taught that is the same that industry uses. If industry uses it, it must be pretty good, I thought. This is meant for most weave structures and yarns, but not for weft faced weaving. (eg. Tapestry or Collingwood’s rugs). Jim also said that often for right handers, the left selvedge is better. I think it is because that’s the one where the right hand is catching the shuttle. I never thought to ask him why. Mine are slightly better but both are good. The other thing he said was “the best selvedges come when you don’t pay attention to them.” (that is if you use this technique.) The photo is one of a series of color studies I wove with good line linen. 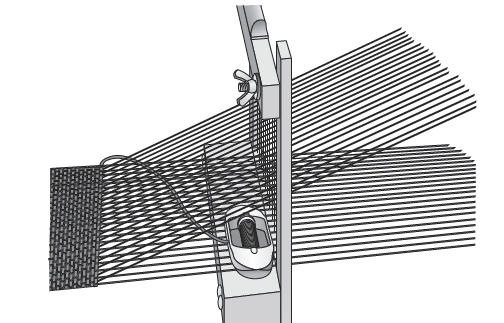 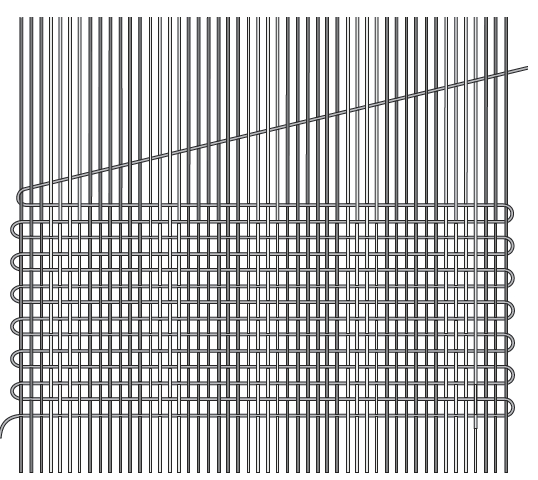 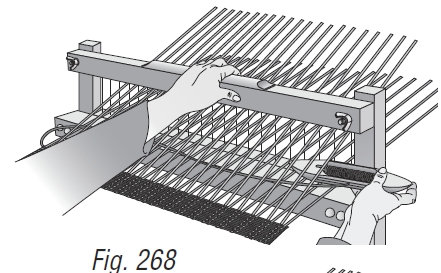 Step Two: Beat while the shed is still open. The illustration shows receiving the shuttle and a hand on the reed, ready to beat. This is crucial since this is where the warp is held out to its full width so that you are getting enough weft into the shed. This keeps the cloth from drawing in too much. (Expect a little bit of draw-in that is natural.)

Step Three: Change the shed as soon as you have beaten in the weft. The illustration shows the weft beaten in and the beater back near the heddles and the shuttle going into the new shed. This is especially important, too, because it is trapping the weft out at that widest point so the cloth cannot draw in. That’s it: “Throw, beat, change your feet”. With practice, it will become automatic but at first, I’ve seen students struggle to change the shed quickly after beating. Often, they want to change the shed after the beater is back at the heddles.

6 thoughts on “Making Good Selvedges– One, Two then Three “Throw, Beat THEN Change Your Feet””