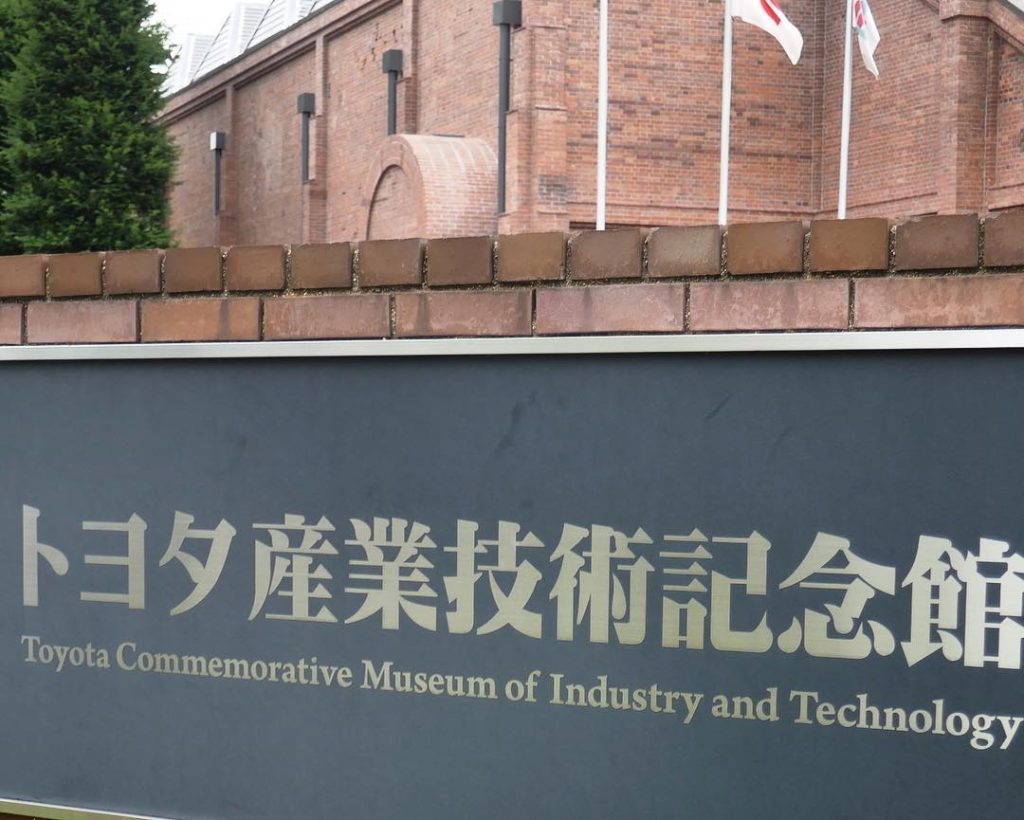 Shibori Symposium – Day 1 (Facebook Viewers – Go to my blog to see the videos) – I led a group of us on the train to Nagoya to see an utterly fantastic museum. Toyota originally was a loom making company. Old looms complete with guides/weavers to work them are there and it’s totally wonderful.

This old loom was run by peddling. It was great to have guides hanging around to run the various looms and explain how they work. 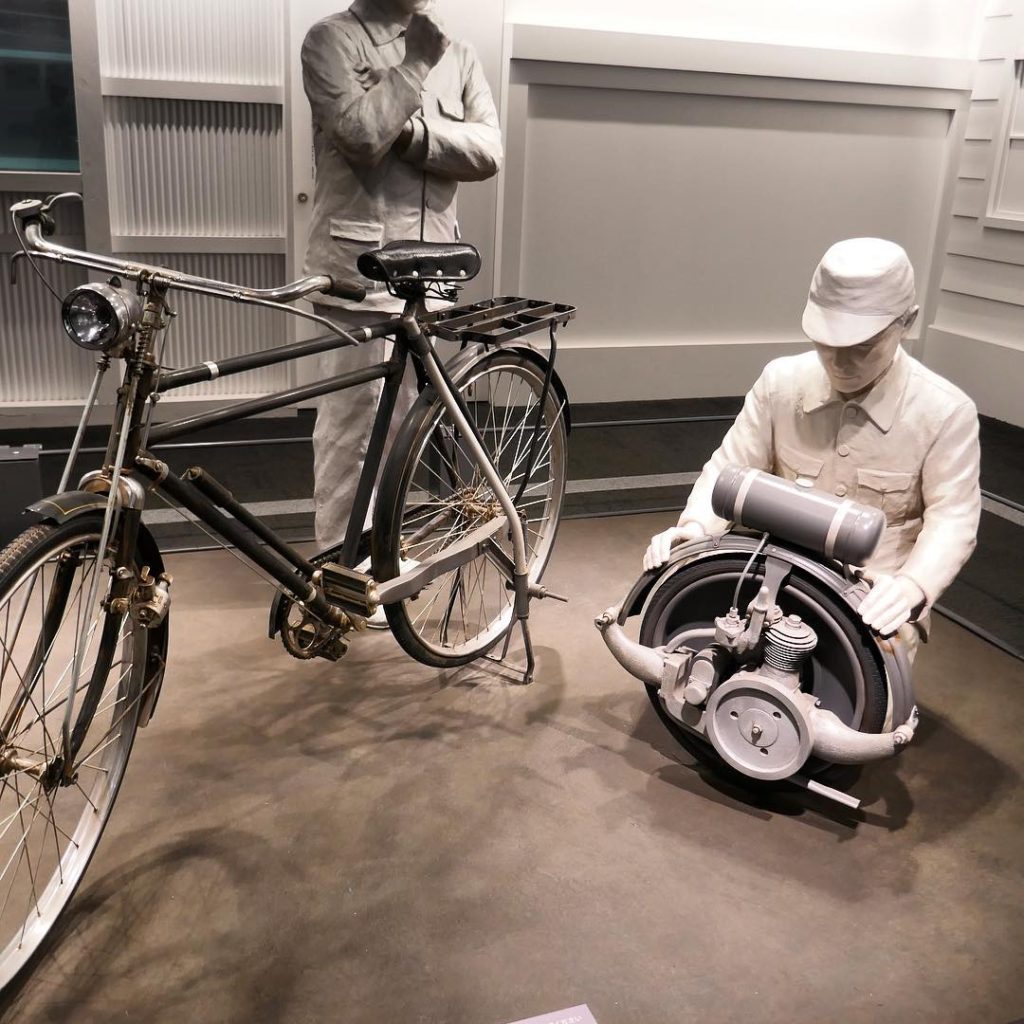 Mr Toyoda got the idea uto motorize a bicycle in 1930 which led him to make his first car in 1933. 1936 was when he made his first passenger car.

Here robots are seen at work. This was so fascinating.

Getting an old power loom going. Wait until it gets started and notice all the pulleys in the museum. Each one ran a loom. Notice too the metal things going up and down slightly behind the shafts. If a thread breaks it’s metal piece will fall down and break the connection and stop the loom. Now I understand why videos need editing! The stuff is truly interesting but making a video of it is hard to keep in mind where the camera is. Or to remember to stop the video.

Be patient a little then you will see how a modern power loom used forced air to move the weft across. The weft thread is red in the video. There are several air jets across the loom that continuously force the weft along. Again at lightening speed. Air is used for cotton weft threads and water for weaving with polyester. Interesting isn’t it?

This close up shows how a power loom today moves the weft between the warp threads by force of water. The display was set up so you could push a button to start the action. The water forces the thread through and the it is cut and the next thread is shot across the warlords. All st lightening speed.