I took this video to show how terribly bumpy the roads are. A 10-hour trip. I sat behind the driver and held my camera steady. I hope all the jerking conveys the horrible ruts (not a strong enough term for the holes, water pools, mud , cows, rock and mud slides and meeting on-coming trucks, buses, motorcycles) we suddenly encountered at any moment coming around the curves in the one lane road. It was a road connecting two towns–not a country lane. 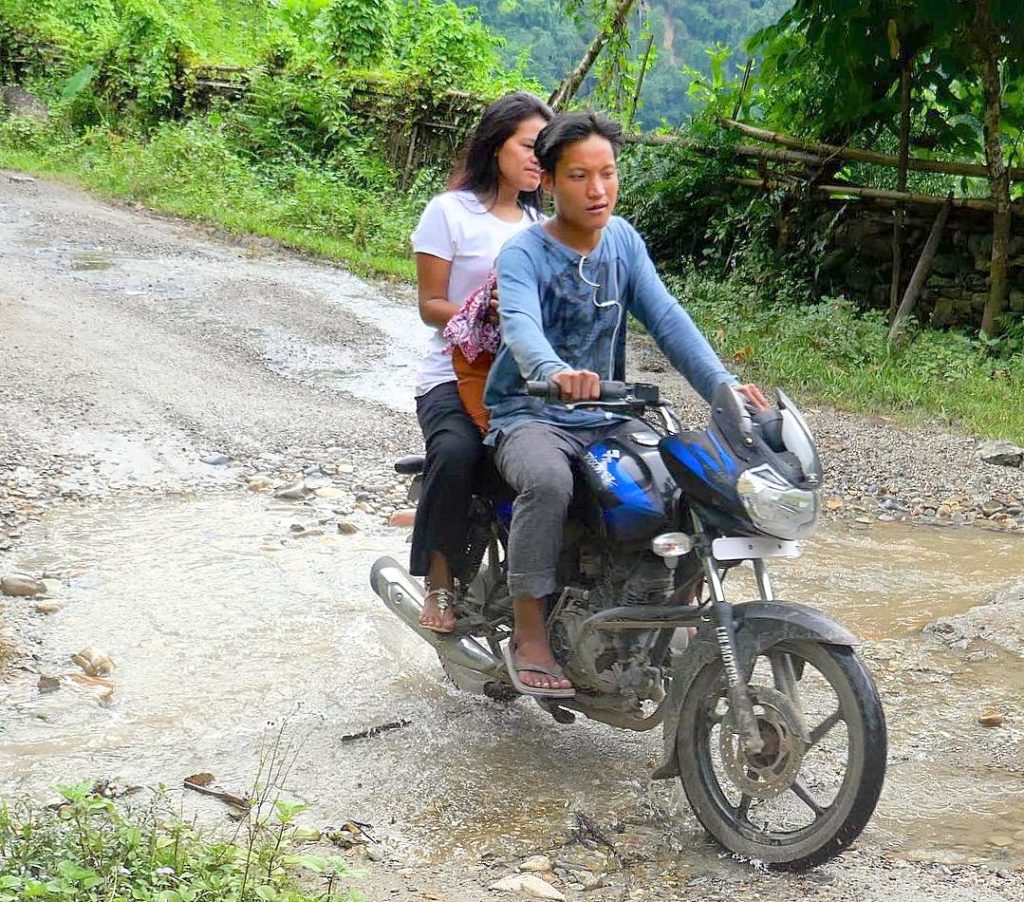 Another road photo. Our driver of the four wheel drive kept down shifting. We were in low gear most of the time. The speedometer got up to 20 km/ mile but that was when we were “rolling” along. He was constantly looking ahead for oncoming vehicles because two could barely pass–especially when both cars wanted to be on the same ruts! 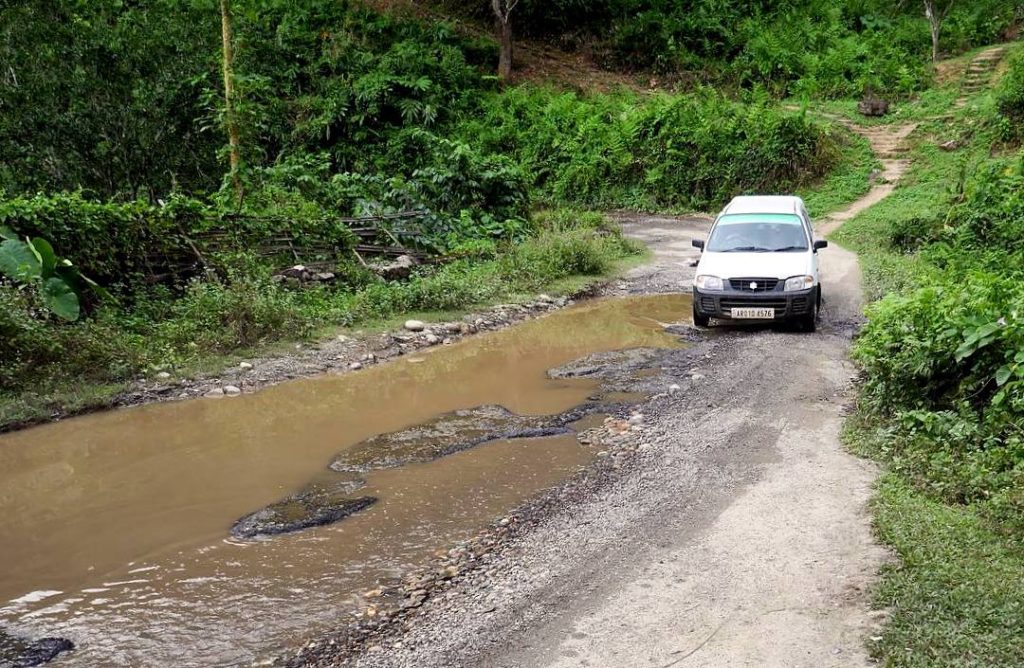 I tried hard to get photos that showed how bad the road was on our 6-hour drive to the town of Along. We saw lots of big road machinery but none was working. Mud and rock slides often filled half of the road– usually at curves of course. 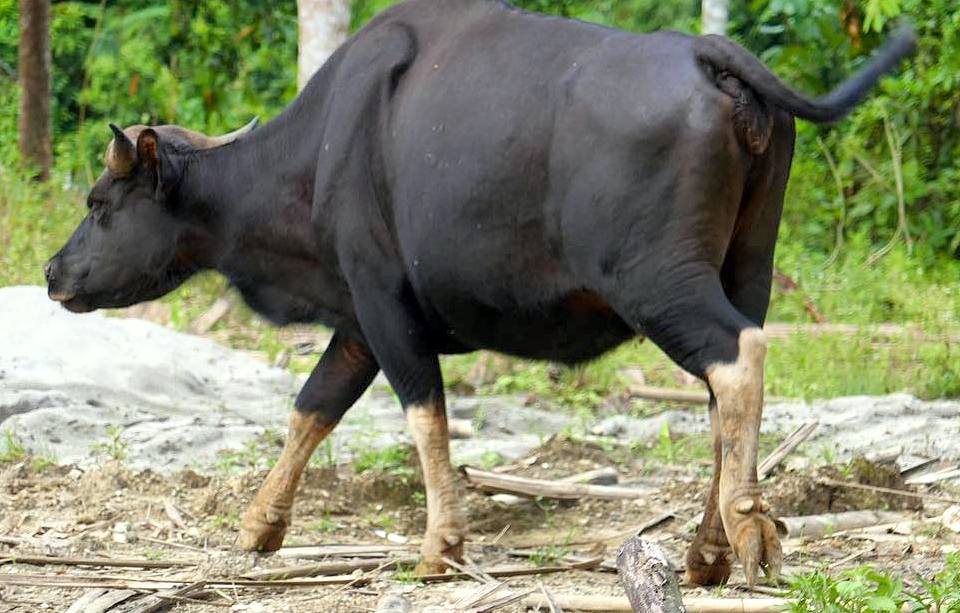 We saw a gaur (/ˈɡaʊər/, Bos gaurus), also called Indian bison, called by our driver “White Socks”. Special to see one of these agile animals in the forest–actually we have been driving through jungle. They are fast so the head will be in the next photo. Or drivers were excited to sight one. 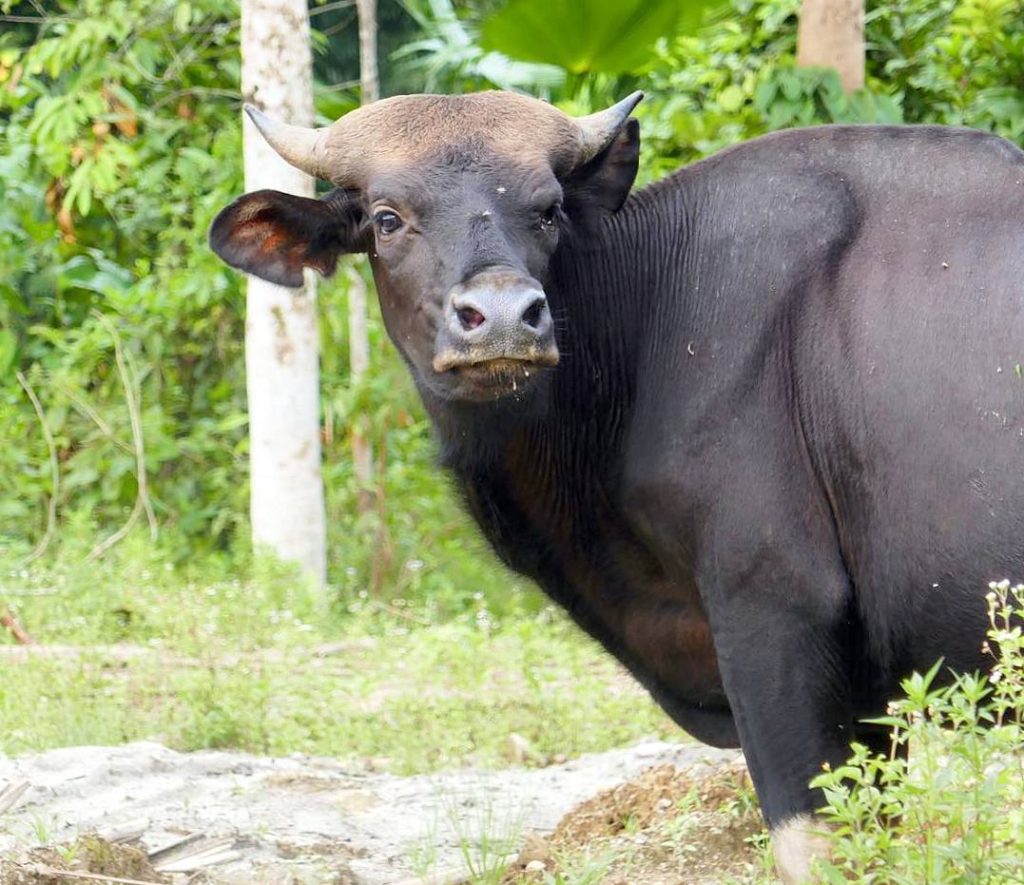 The head of the gaur. 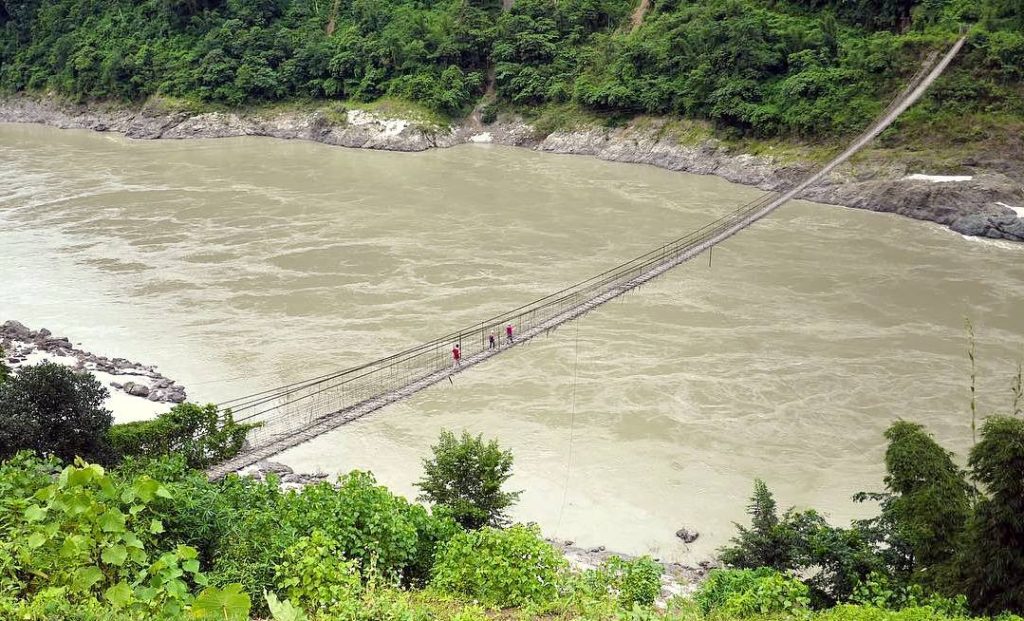 Another longer bridge. A few of our group of 5 ventured out halfway with our guides. The only reason they stopped there was that the mat floor was broken up. It was scary enough for me to just watch.