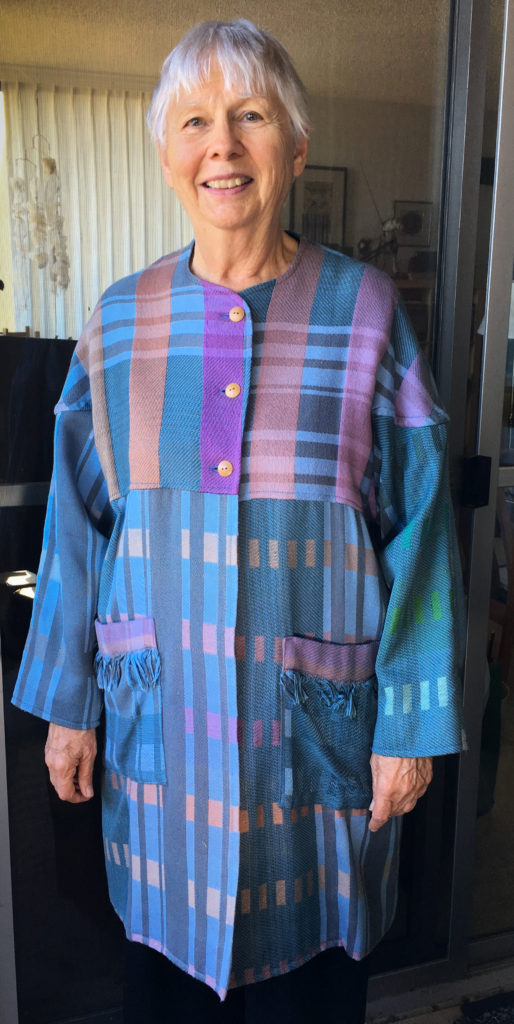 Many years ago I took a class in damask and learned about satins and I focused on warp face and weft face and color. I don’t know why I thought I needed 11 yards, but I made the warp that long. I would say it was about 15” wide. The warp was blue and grey out of 20/2 pearl cotton. The threading was 2 blocks and then I played with how colors mixed and looked next to each other. I still have a large stash of a lot of colors and shades of sewing thread which I used for wefts.

When I showed it to my students one day Antione Alexander said he could make a coat out of it. The next week he had a muslin and the next week the completed coat! WOW! Later I had a seamstress put in interfacing and a lining. I wore it to the symphony a few weeks ago and have gotten nice compliments every time I wear it. I really feel I lucked out! I think he did a great job. 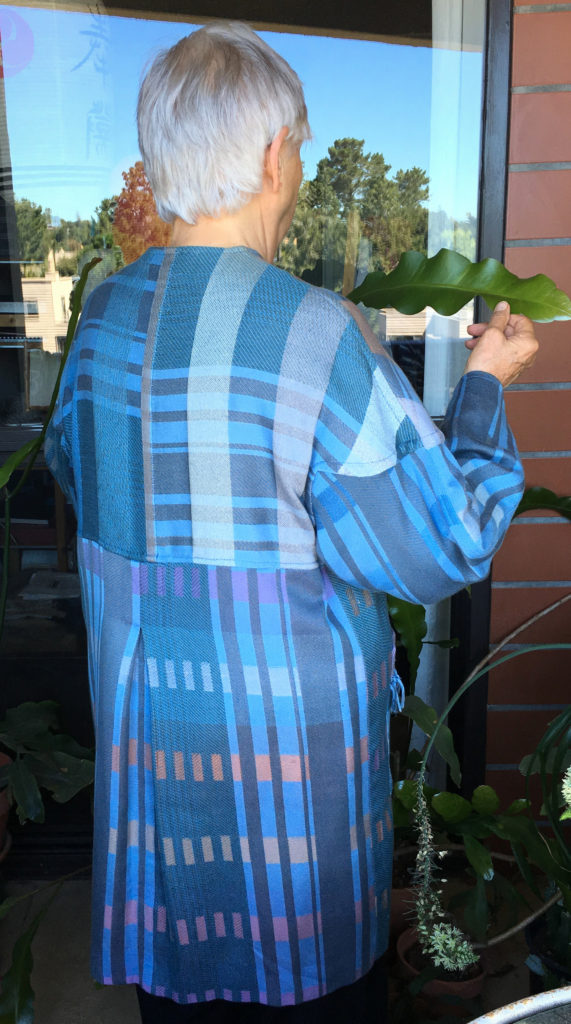 8 thoughts on “My Sampler Turned into a Coat!”