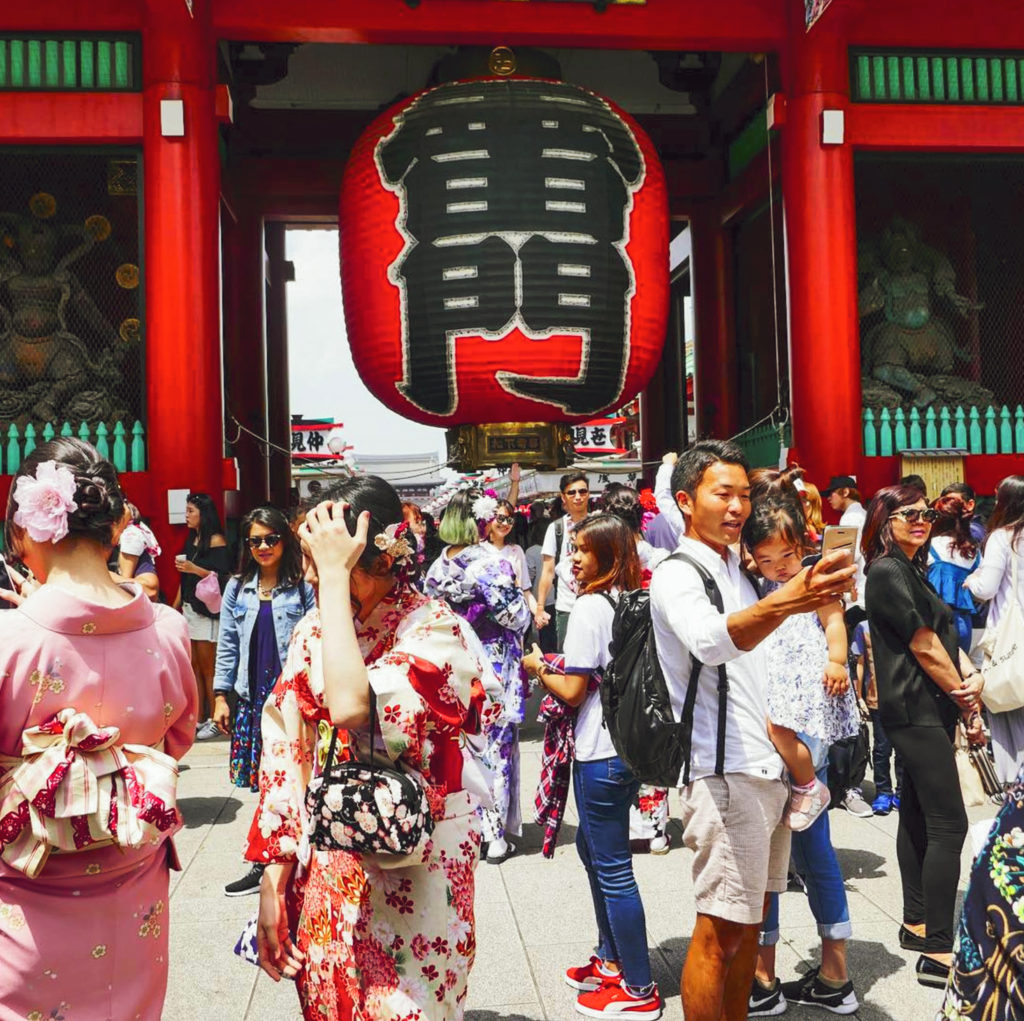 Day 20. Asakusa gate was where we began our day in Tokyo–to say it was crowded is a huge understatement. We headed for the Amuse Museum near the big temple to see the new Boro Exhibit. 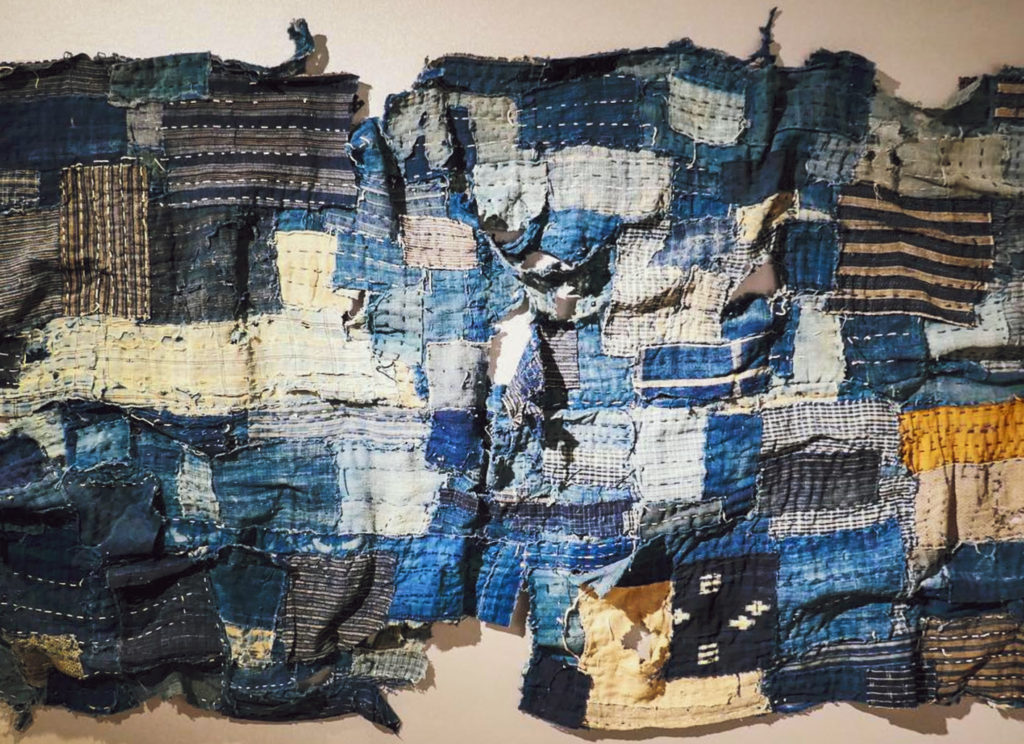 Here is an example of Boro–patching with scraps of fabric done in the cold-winter area of Hokkaido. There were quotes I liked from the labels. “The beauty of practically”. “Lovingly mended with diverse cotton fabrics”. “Only property owners had a control over even small fabric scraps. Possession of those scraps proved one’s social status and wealth”. There were cloths used when giving birth that had been around for generations. They were boiled before the birth to kill any lice! 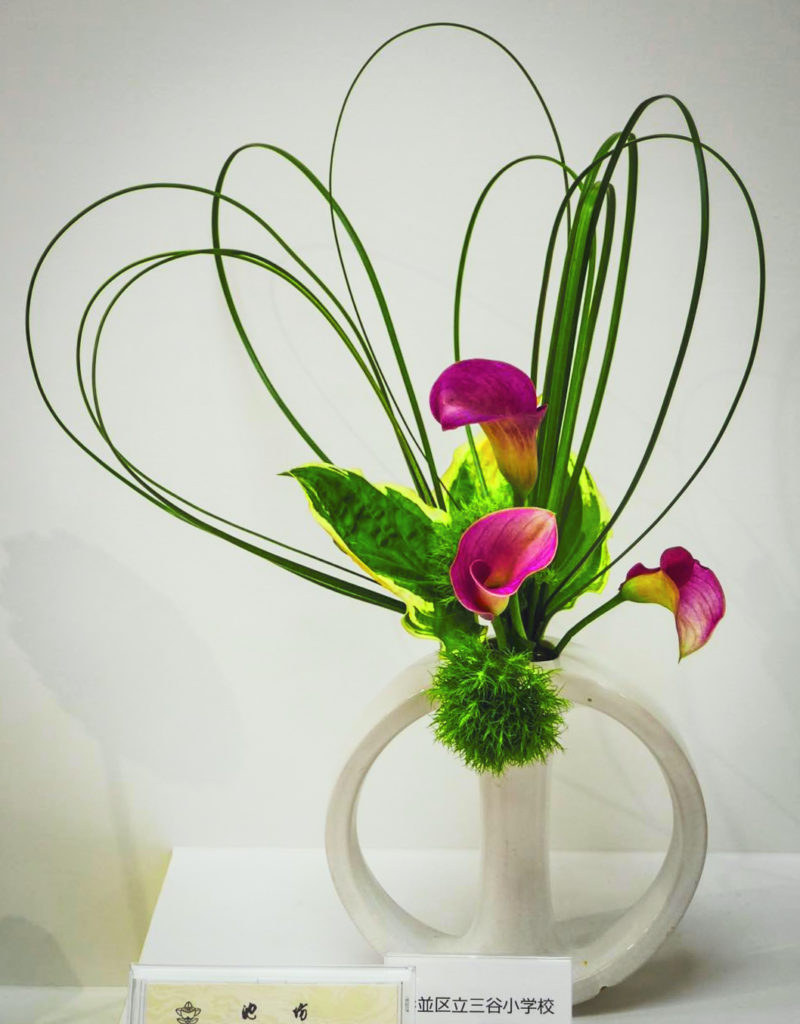 Next we went to the big Mitsukoshi department store and spent the entire afternoon there. First we encountered a flower arranging exhibit as we were heading to the kimono department. There were many arrangements to be seen but tickets were required to see the masters’ arrangements. 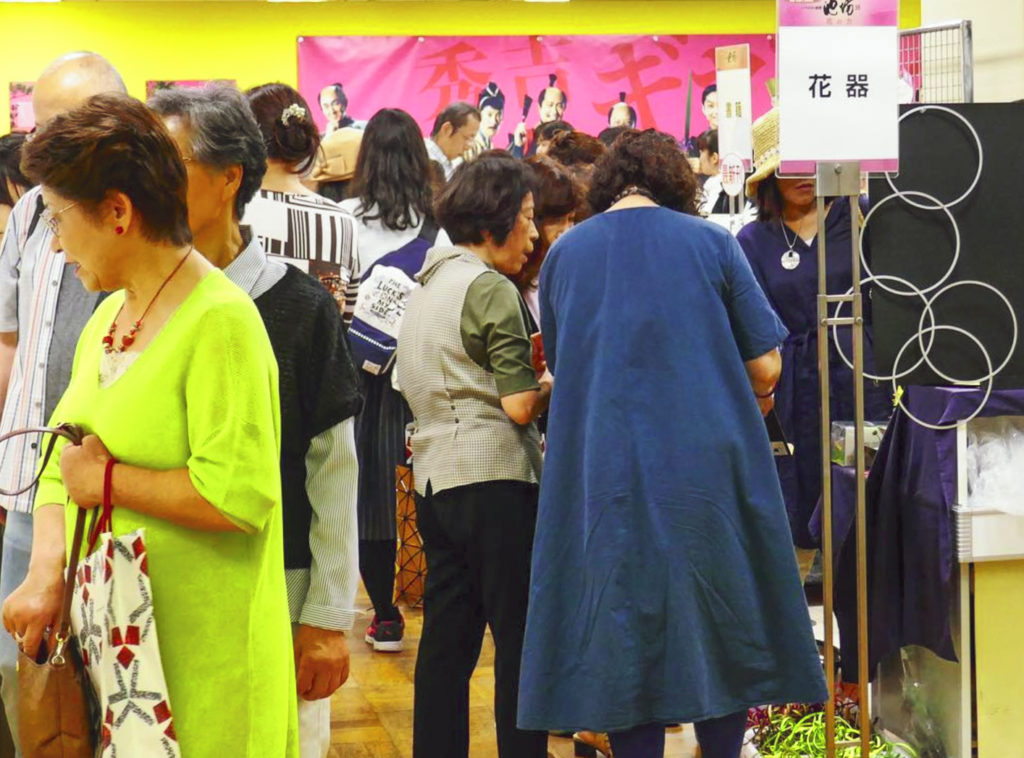 It was a mob scene around the flower exhibition and a long line of women waiting to pay for accessories that were for sale. 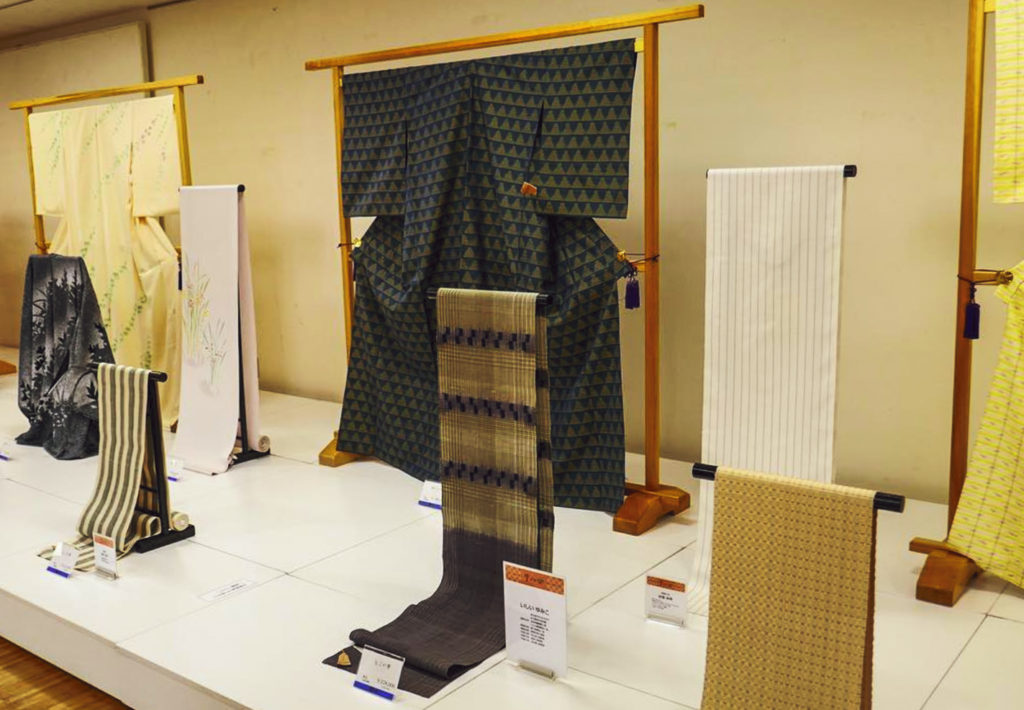 Finally we got through the crowd to the kimono department where spent probably well over an hour at the special exhibit and demonstrations. 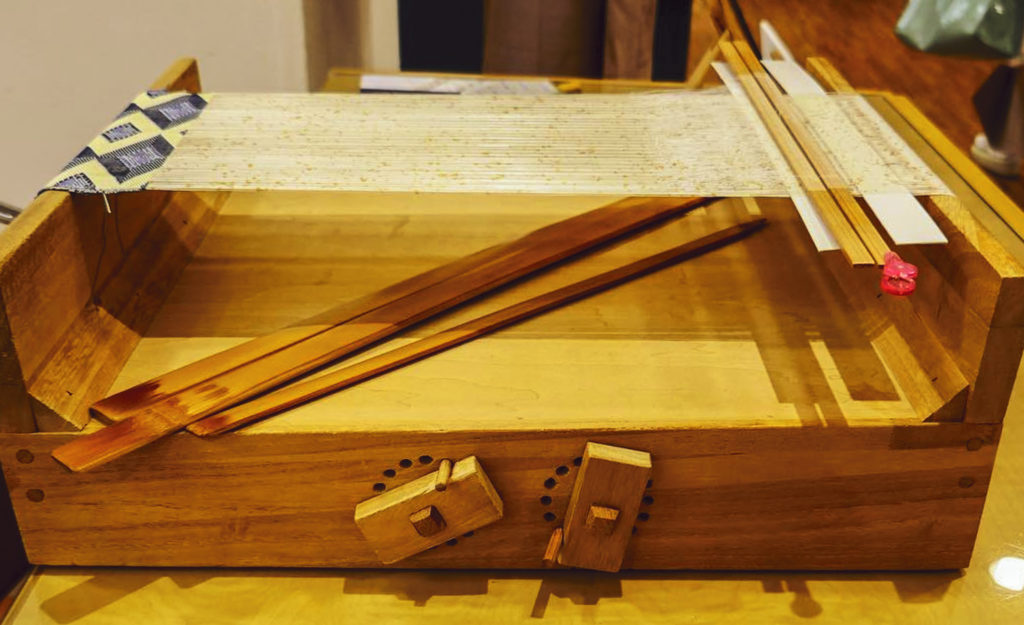 There was this fascinating smallish table loom set up to make fancy brocade fabric for small purses. 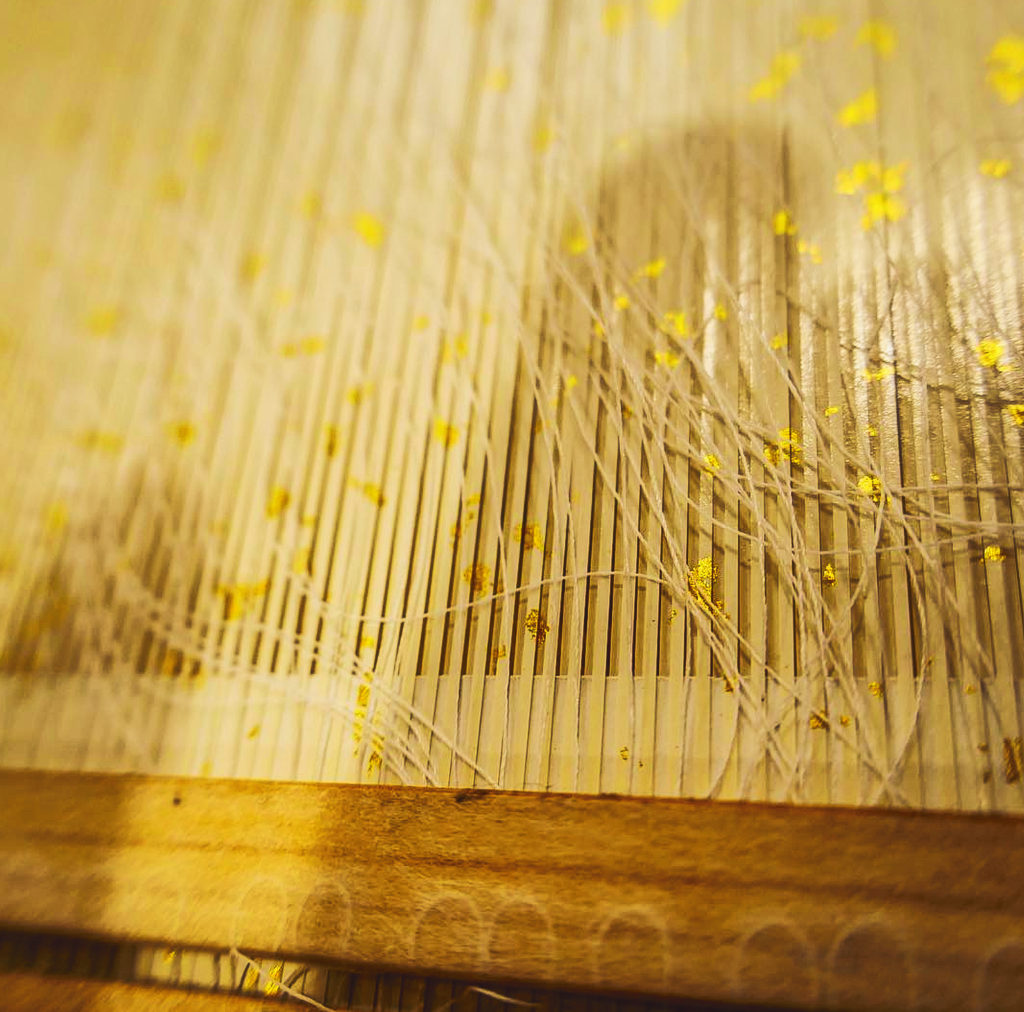 The warp was made of paper strip! 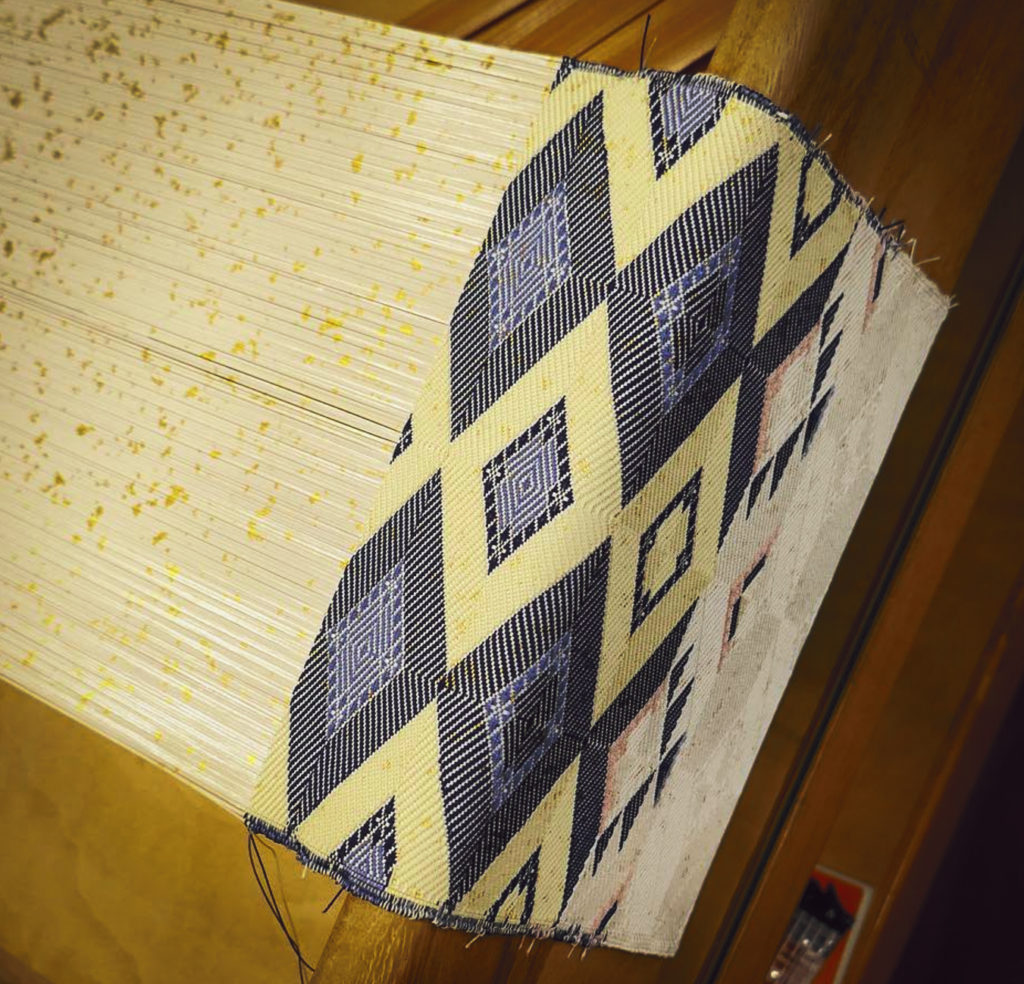 Here was the intricate pattern being woven. All done by picking up threads row by row. 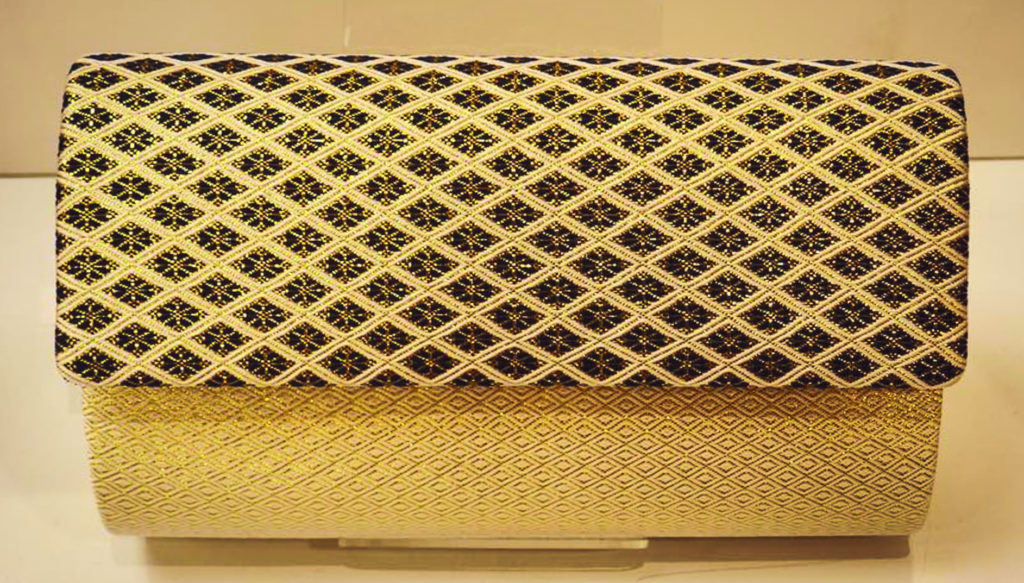 Here was a small bag on display and for sake using the paper warp brocade fabric. Beautiful.

Out at sunrise on Saturday looking forward birds t

With Mt Tam in the background the CVS pharmacist i

Waiting on the terrace for my vaccination this mor

Spending the weekend dyeing silks I brought back f

Here the white pelicans are working together to co

The backsides are interesting. Zoom in and see how