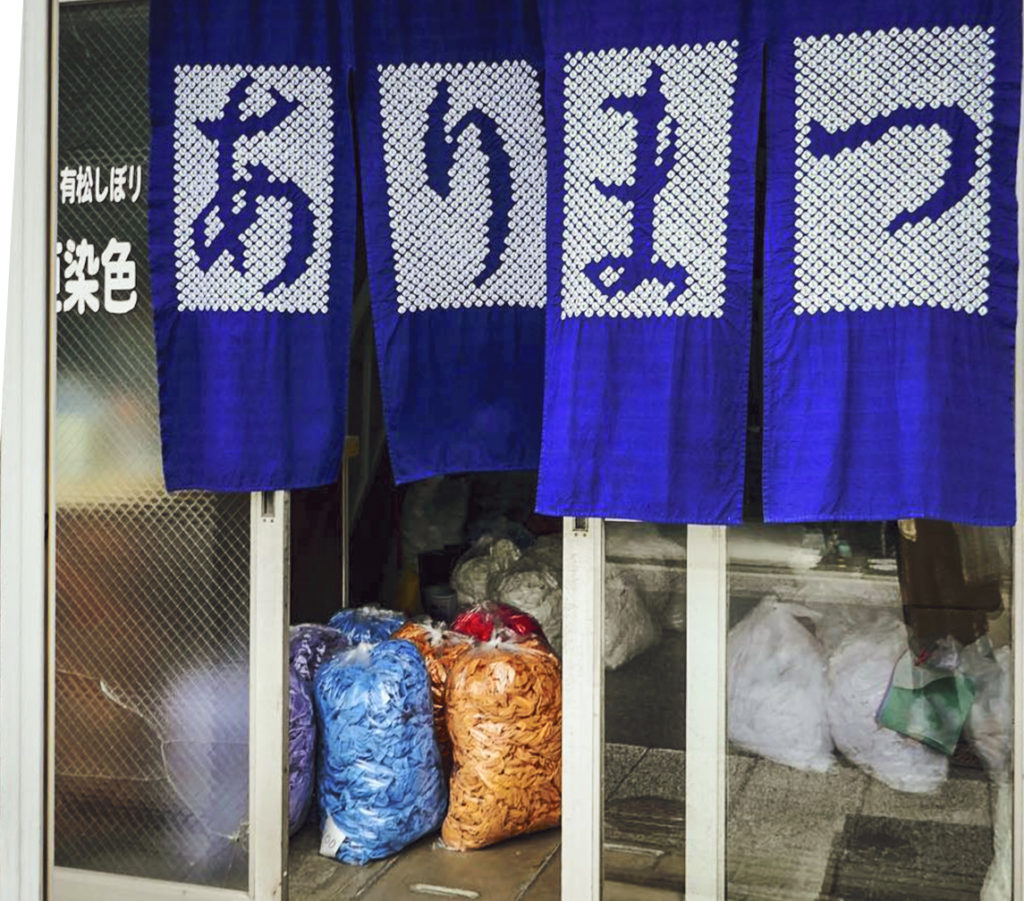 Day 17. We went to Nagoya for two nights so that we could take a train to the town if Arimatsu which is known for its many shibori (tie dye) artisans. Almost every place was closed on Wednesday the day we went but we did see a little evidence that shibori was important. This sign was in many places that were closed. A few (enough) shops were open and were found lots of shibori things. 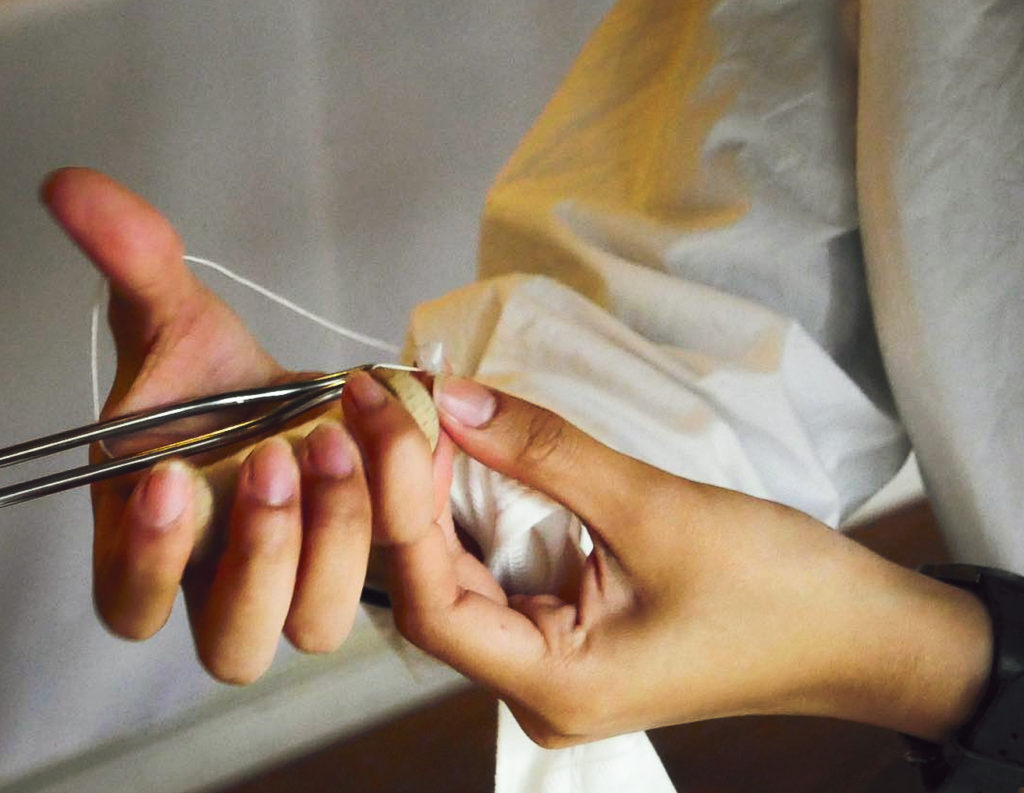 A woman in a shop was tying designs on a T shirt. She was too fast to catch. I should have taken a video. 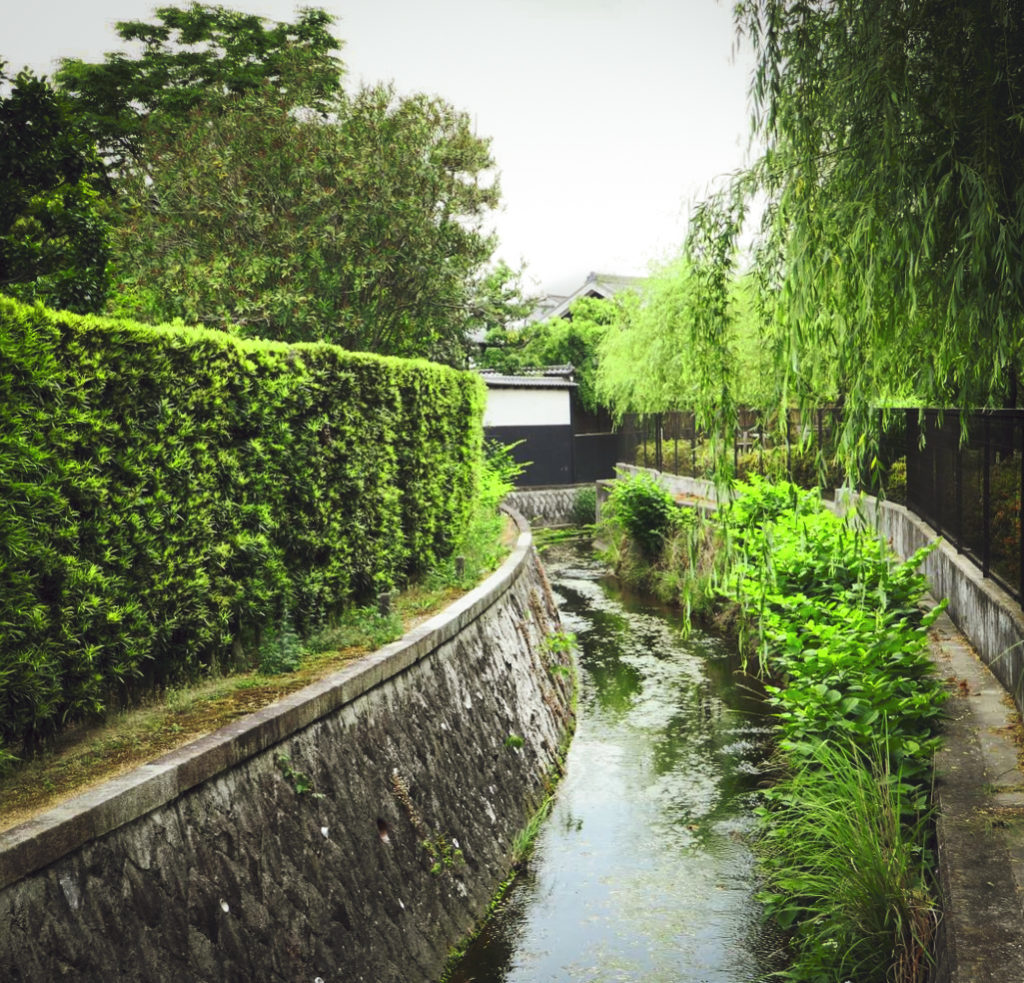 A lovely scene in Arimatsu. 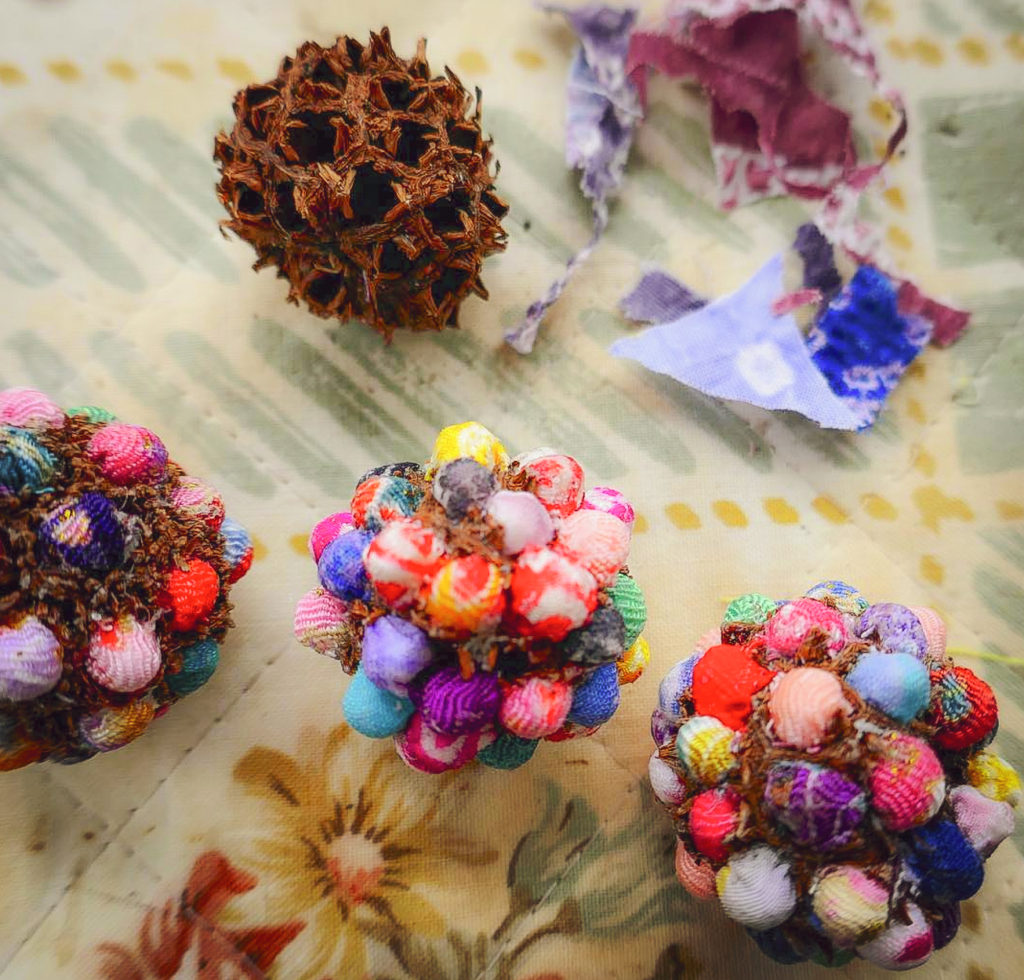 A woman was filling the spaces in a dried plant seed pod with tiny tiny scraps of shibori fabric. They were charming but unbelievable. I admired them and she gave them to me as a present. So nice.

There were several photographers shooting the traditional old buildings which are really old and beautifully preserved here. 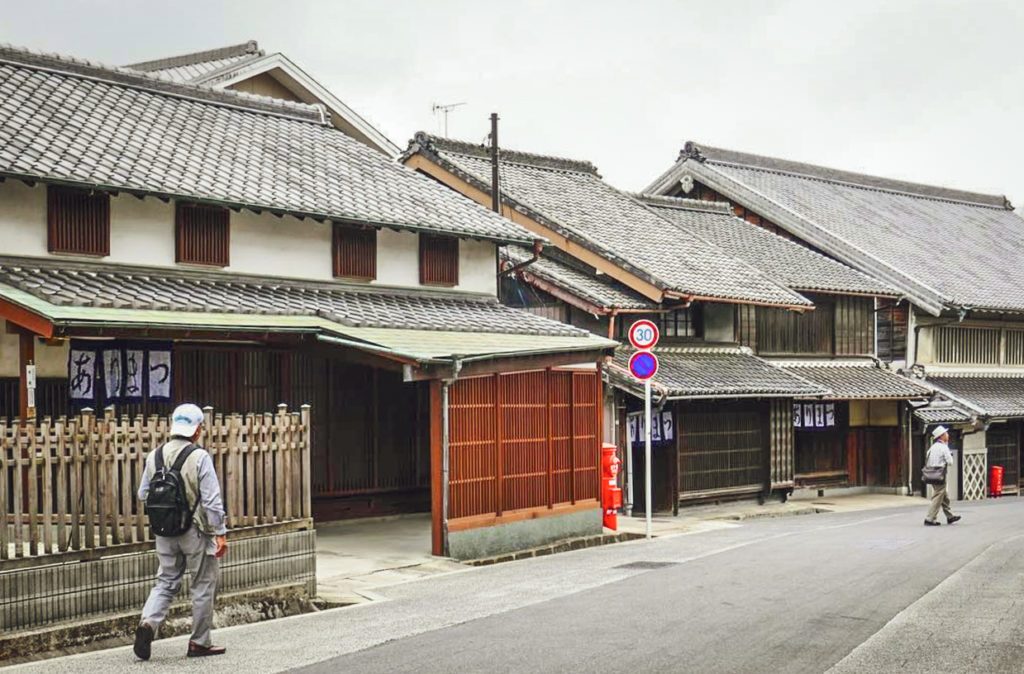 A view along the Main Street where all the preserved houses are.