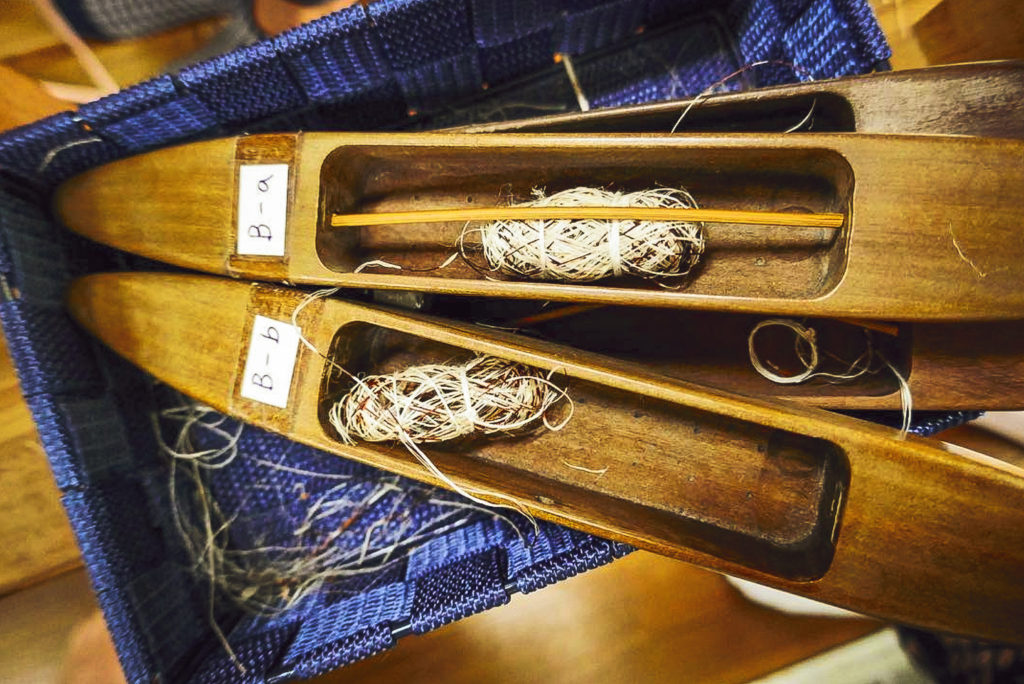 Day 13 – Ikat weft thread in a shuttle in Ishigaki. The weft thread has the dark and white areas that an ikat thread would have after dyeing and removing the ties. The special thing here is how the weft is in the shuttle. The weft “bundle” is made similar to winding a kite stick. The tool it is wound on looks a bit like a mechanical pencil or pen but there is a split at one end so you can anchor and start to wind the beginning of the weft thread around that end. (The weft thread will come out of the center of the bundle when inside the shuttle). The thread is just wound around the pencil-like tool a few times then it is wound like a kite stick around the tool. In my books you can see that I wind my warps on a stick that I call a kite stick in the way a kite stick is wound instead of chaining the warp. A bamboo stick holds the weft bundle in place and the thread comes off like any bobbin. 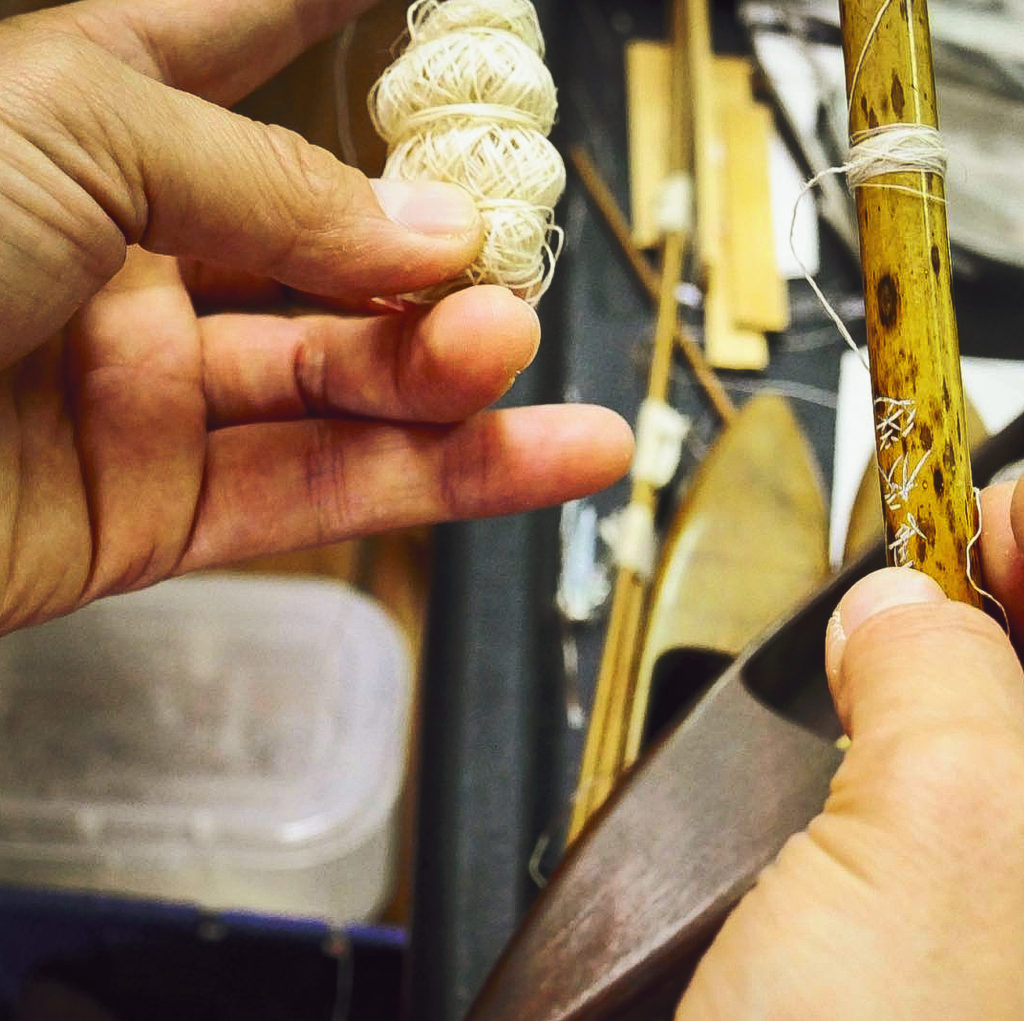 She was winding the weft thread on the tool too fast for me to get a good photo of the end where the weft was anchored and started. Here the weaver is winding the thread around a few times before beginning the “kite stick” technique. (Winding a kite stick is very much like winding on a nitty noddy.) 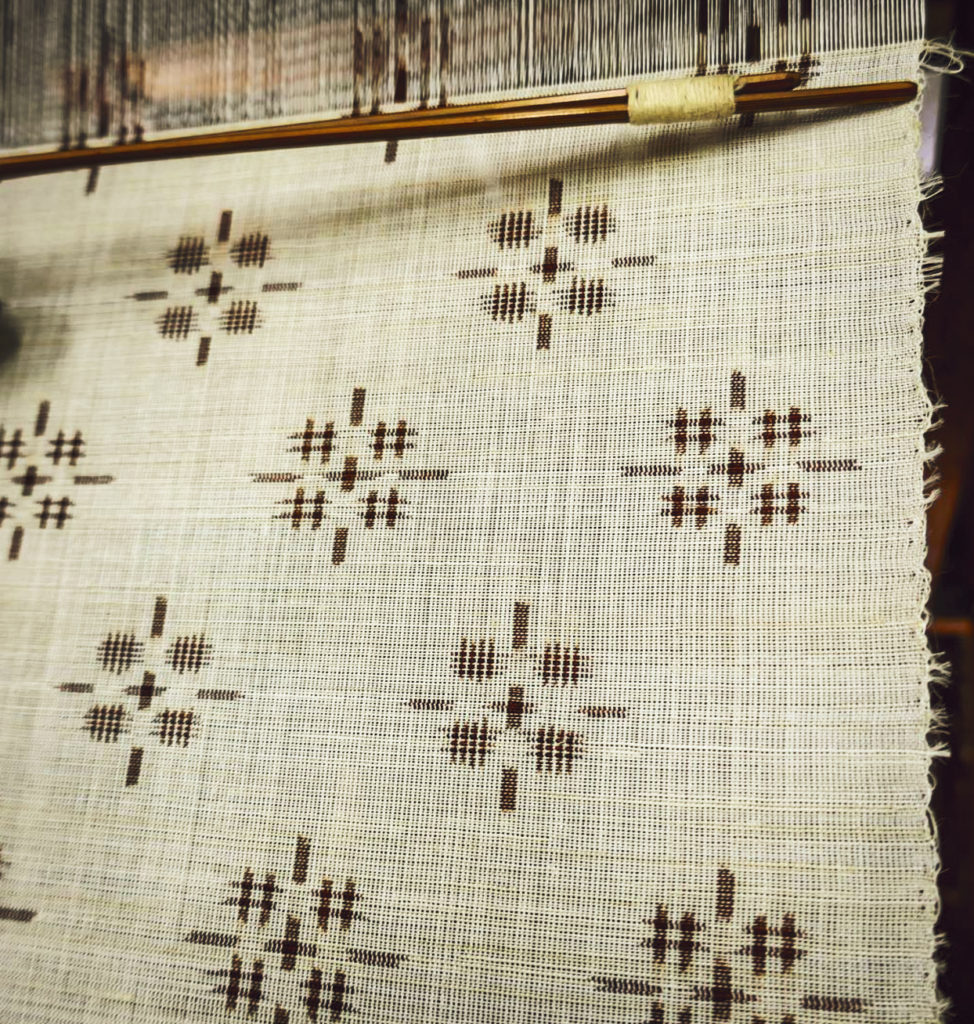 To keep the pattern exact the cloth is stretched to the width in the reed with the bamboo stick here. Also notice that the edge of the cloth isn’t perfectly straight. That’s because when the ikat weft thread is being woven it has to be slid either to the left or right so it lines up perfectly. The weft loops at the edge shows where the thread had been moved so it will line up. I bought a hanging with just a small amount of weft ikat and I love seeing the straight edges except where there are small weft loops sticking out where the weft ikat pattern is woven. 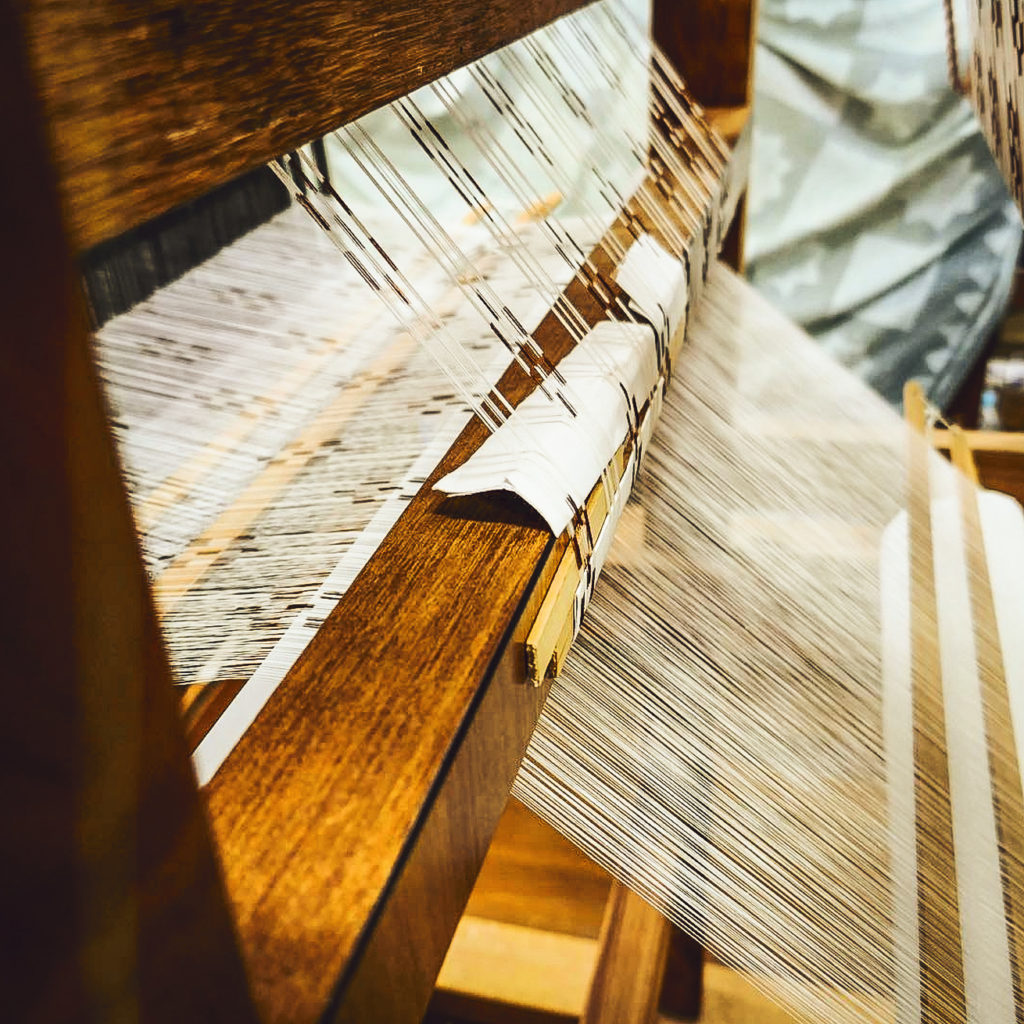 This shows where the ikat warp threads are joined with the white foundation warp behind the heddles on the loom shown in yesterday’s post.