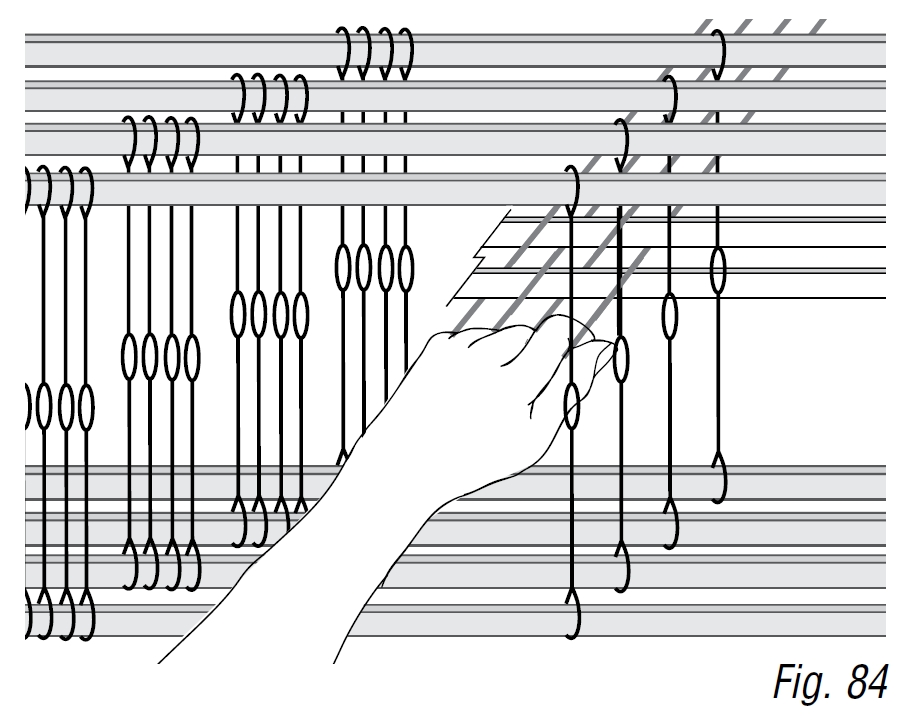 Below is taken from my book, Warping Your Loom & Tying On New Warps which is currently out of print. It will be available very soon only by PDF and “on demand”. This is one of my favorite techniques for threading without mistakes.

Threading from the “claw”
This technique speeds up your threading.
Behind the heddles you use your left hand,
held palm downward like a claw, to hold four
threads in order. To thread, separate out four
heddles in order according to your list on the
adding machine tape. With your “claw” hand,
reach below the lease and place one thread
between your little finger and ring finger, one
between your ring finger and middle finger,
and so on, ending with one thread between
index finger and thumb. Push the threading
hook through the first heddle eye and, with the
hook curved down, catch the thread between
thumb and forefinger, then draw it through.
Continue with the three remaining threads:
first putting the hook through the next heddle
eye in sequence, then catching the next thread
in sequence and pulling it through. Figure 84
shows you a close-up of this method.

6 thoughts on “Threading the Loom Without Mistakes – Tip No. 1 – Use a Claw”