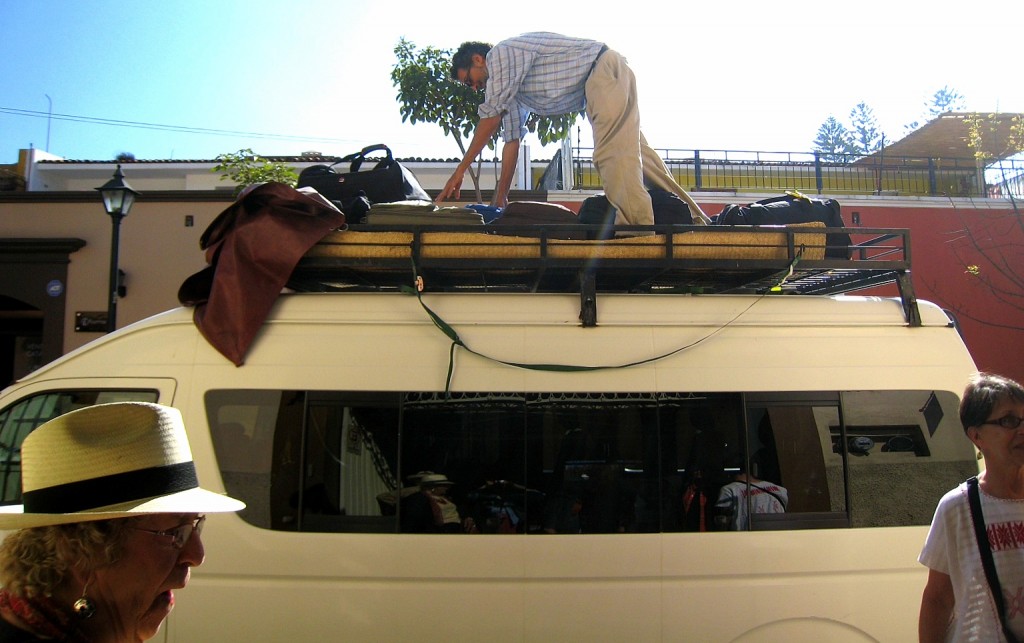 We packed up the bus, went to the Textil de Oaxaca then drove all day to the Isthmus, stopping to see a famous weaver in the mountain village of San Bartolommeo named Nicolasa Pascual. 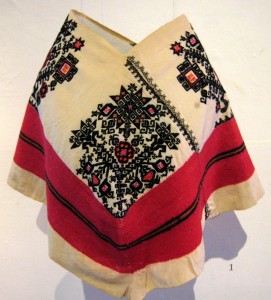 The textile museum was fabulous with gorgeous old pieces and cultures represented. First,  the important triangular piece we all know as a quechquemitl  worn over the shoulders. The warp was turned into weft for the narrow band within the red. The warp was red as well as white. I stood on my head but could not figure it out…back strap loom, of course. It was interesting to know that garments were mostly white with small bits of red until synthetic dyes came. No cochineal has been used for red.  If ever it becomes used, it would be a new thing. The ruffle piece was ceromonial like Frieda Calo wore with ruffles surrounding the face. Another piece was woven with checks to copy a floor loom woven skirt.

The visit to NicolacPasceal came after 1/2 hour driving on a dirt road under construction.  It was deep in the mountains. She weaves very fine and only does work commissioned. Notice her using a needle to pick up threads for the small patterns and fine threads. The loom was set up when we arrived, then taken down in a pile. Then tensioned up again to weave. The skein of fiber is from a bromiliad plat…string and fine.  She plans to use it for both warp and weft.

A full and thrilling day at both places.  >> click any photo to enlarge <<

1 thought on “From Oaxaca to the Isthmus of Tehuantepec”