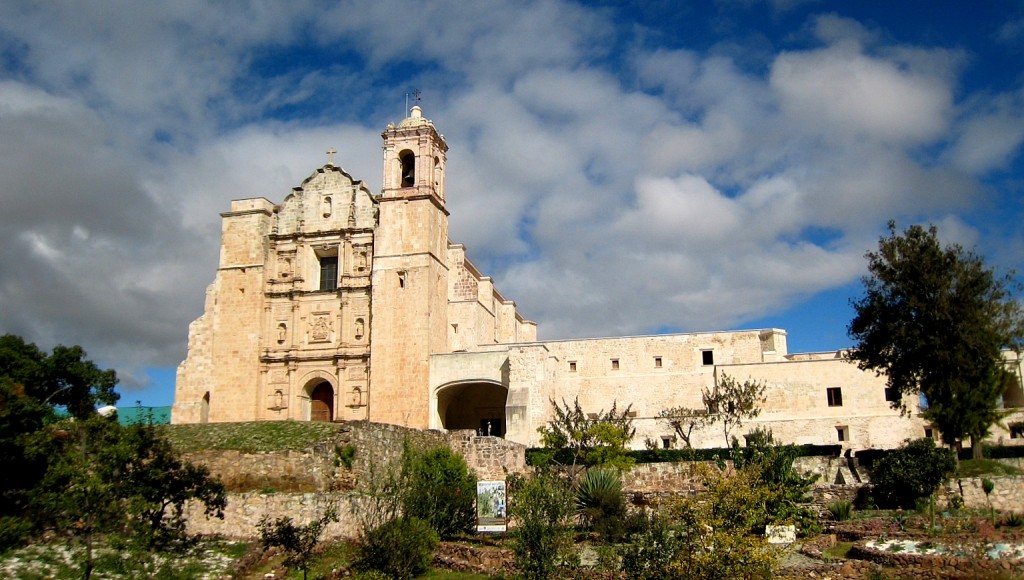 We left Mitla after breakfast and drove north toward Oaxaca City, stopping at the Tule tree which is the biggest tree in the world and we all believed it.
Then we continued north up through Oaxaca heading northwest turning southwest at Nochixtlan. We were on an old north to south route across Mexico up to Alaska and down to Patigonia.
We stopped at two huge old churches built In the 1500’s by the Spanish. They both are being restored to a point. You can see areas that are gold and very decorative and much area that is just bare walls. Originally the walls were solidly decorated with paint and paintings. One is at the town of Yanhuitlan; the other at Teposcolula. And both are directly related to the history of silk in the region.
The Spanish brought over sericulture (producing silk). Mulberry trees had to be cultivated and raising the silk worms is a time consuming process. There was a huge boom and then bust when much silk was produced in Mexico and then when disease and competition from Asia destroyed the industry. These two churches were built by the Spanish during the boom years. One could only imagine how much money silk was bringing in at the time. High quality silk that was reeled from the cocoons was processed by the indigenous people while only the Spaniards were allowed to weave it. The indigenous people in the area wore silk sashes, however. 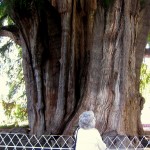 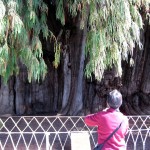 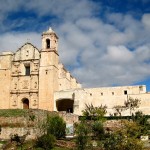 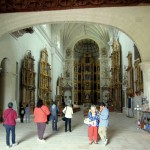 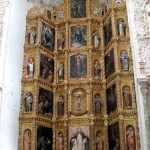 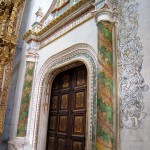 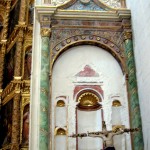 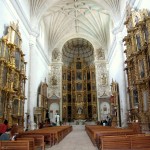 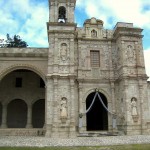 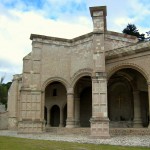 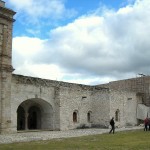 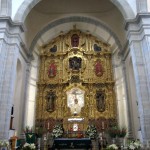