The Velvet Loom and the Weaving Process 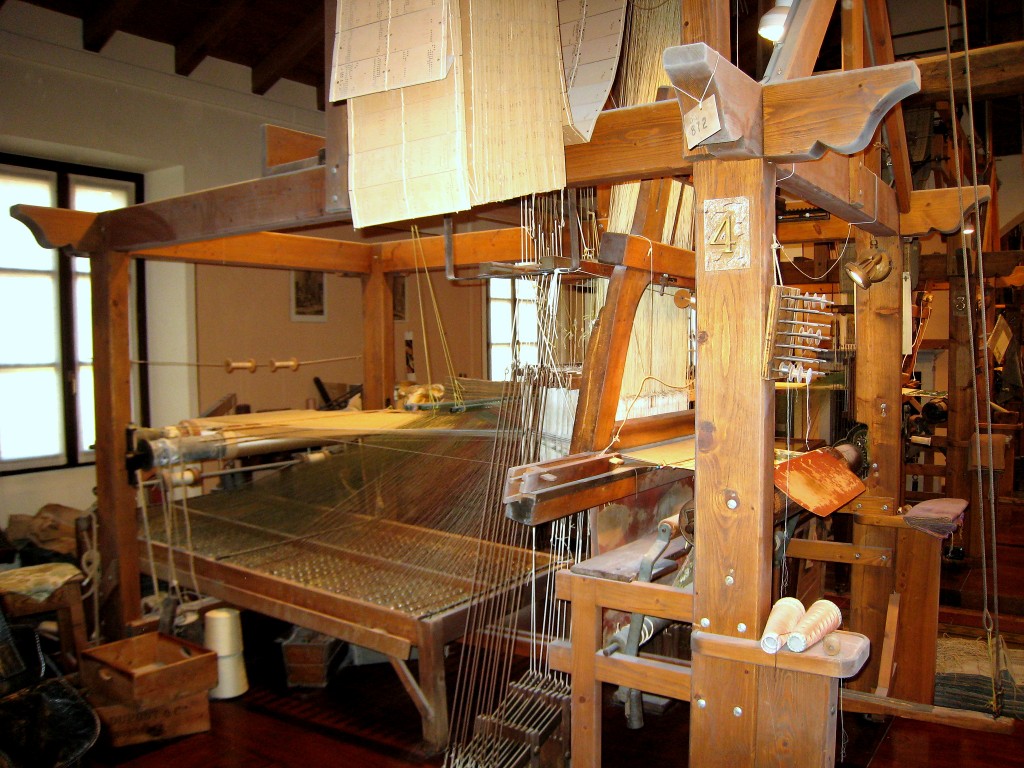 This first picture shows a velvet loom. The front of the loom is seen on the right side of the photo. This is where the weaver stands and steps on one of the two treadles (peddles). The treadles can be seen in the lower right hand corner hanging from 2 cords. Here, the second treadle is hidden behind the one you can see. They protrude out from the front of the loom.  [click photos to enlarge]

At the back of the loom: 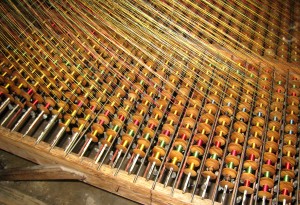 The most noticeable part of the velvet loom is the rack of spools at the back of the loom. There are hundreds of them filled with silk threads that make up the pile.

At the front:
The weaver stands at the front of the loom. She (women weavers today) throws the shuttle filled with the silk weft thread to weave the foundation cloth and puts wires in the areas where the pile will be. After weaving in a few wires, she pulls out a wire for the uncut pile and she passes a blade over the wire where the pile is to be cut.