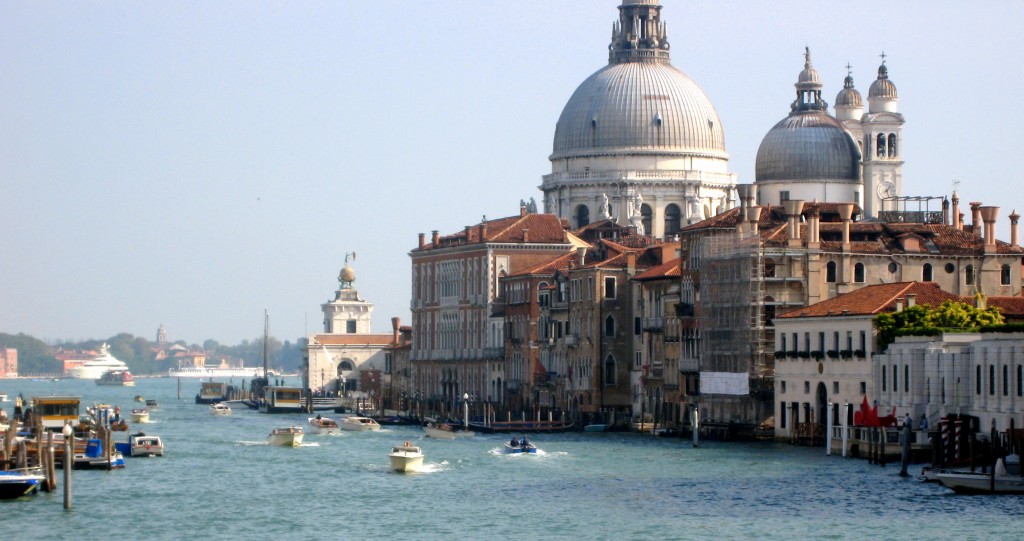 Canals On Friday when I walked day we visited some museums and lots of churches. Of course we couldn’t take pictures in the churches but they were spectacular. My partner had a list of places to visit and photograph that took us criss crossing Venice. 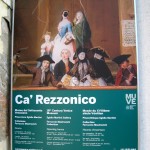 The first picture is of the sign for the museum, Ca’ Rezzonico which had many interesting period rooms, as well as a lot of paintings (which I didn’t pay much attention to). Then we saw a marvelous exhibit of drawings by Leonardo da Vinci at the Gallerie dell Accademia showing 52 drawings showing 10 areas that he was interested in. There was the famous drawing of the man with all the lines showing proportions, weapons, studies for art work, and battle strategies, among the 10 topics. 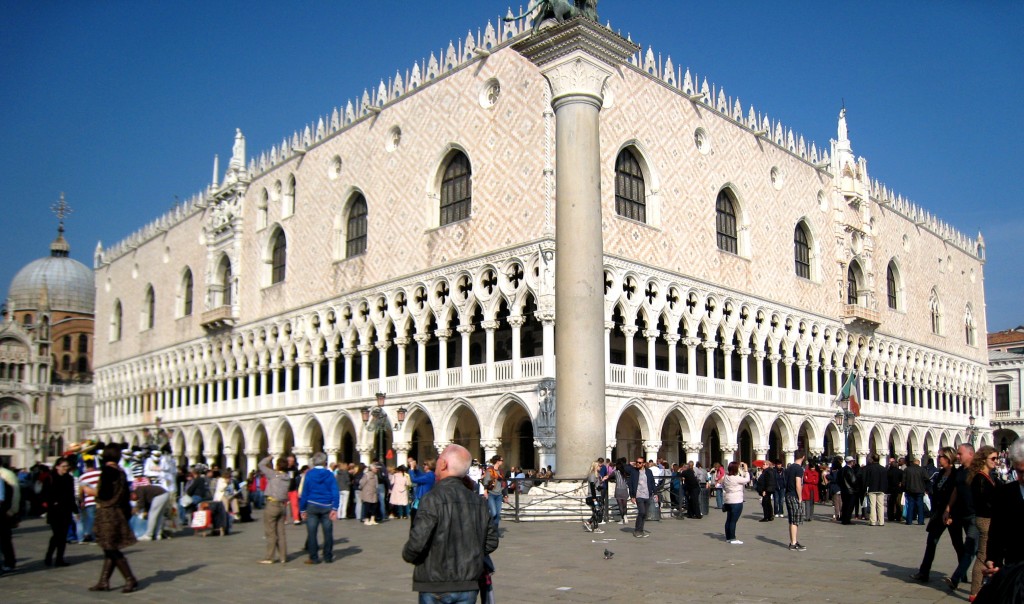 Next stop was San Marco Square. We were surprised at the crowds, it being October. The colored marble on the Doge’s Palace interested me. 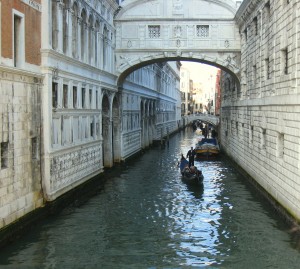 I think I have here a picture of the Bridge of Sighs, where prisoners were led off long ago.
We stopped in a small church where the columns were covered with velvet cloth which we had been told was done on occasions.

The last church was the Basilica San Maria Gloriosa dei Frari. It is huge and magnificent. The late afternoon sun was streaming in through the windows. 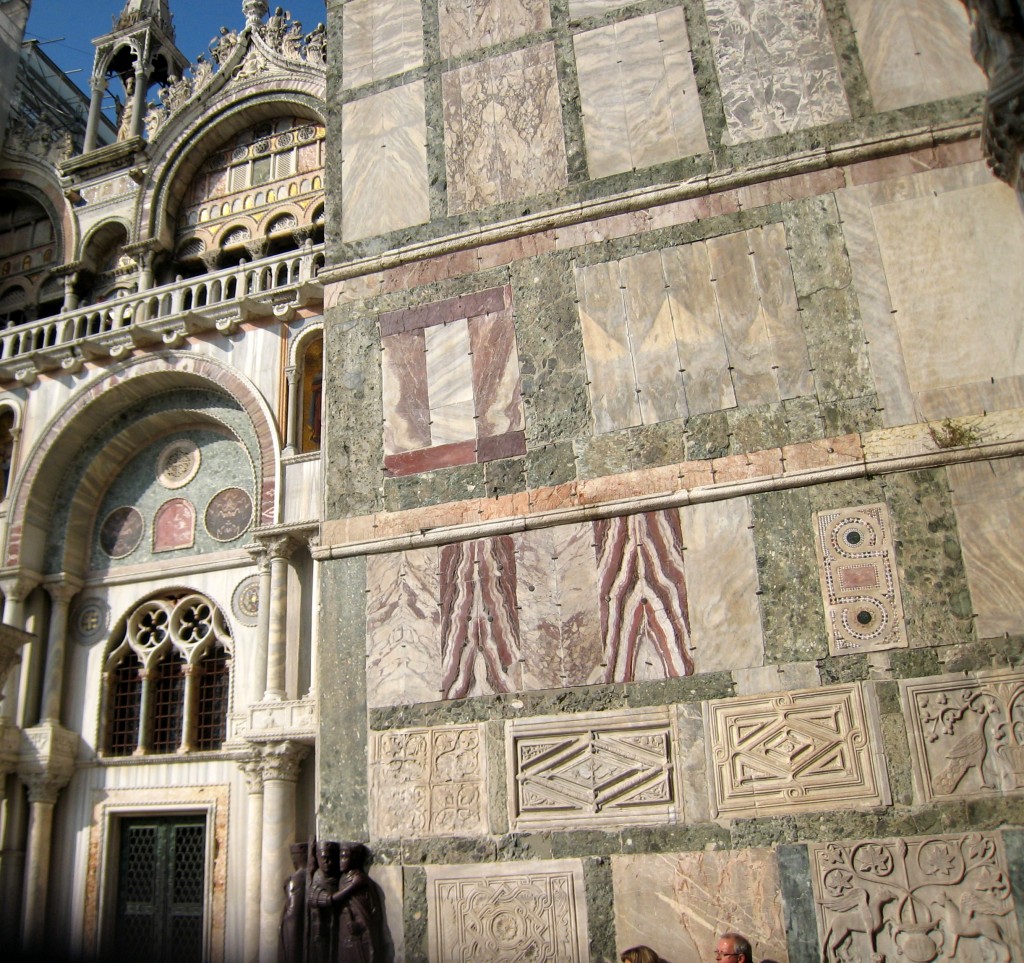