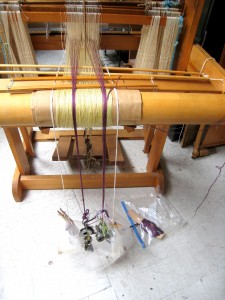 Here is the back of my loom–weights are holding the purple supplementary warp and also the selvedges. I’m sampling to see what the colors in the warp will be like and to see if I can get sheer again. The extra warp isn’t threaded in the heddles, but between every 8th warp thread. They are in the same position as floating selvedges–in the middle of the sheds. When I want the  supplementary threads on the top, I shoot the shuttle under them. When I don’t want them to show, I put the shuttle over them. I learned this technique as “split broche.” 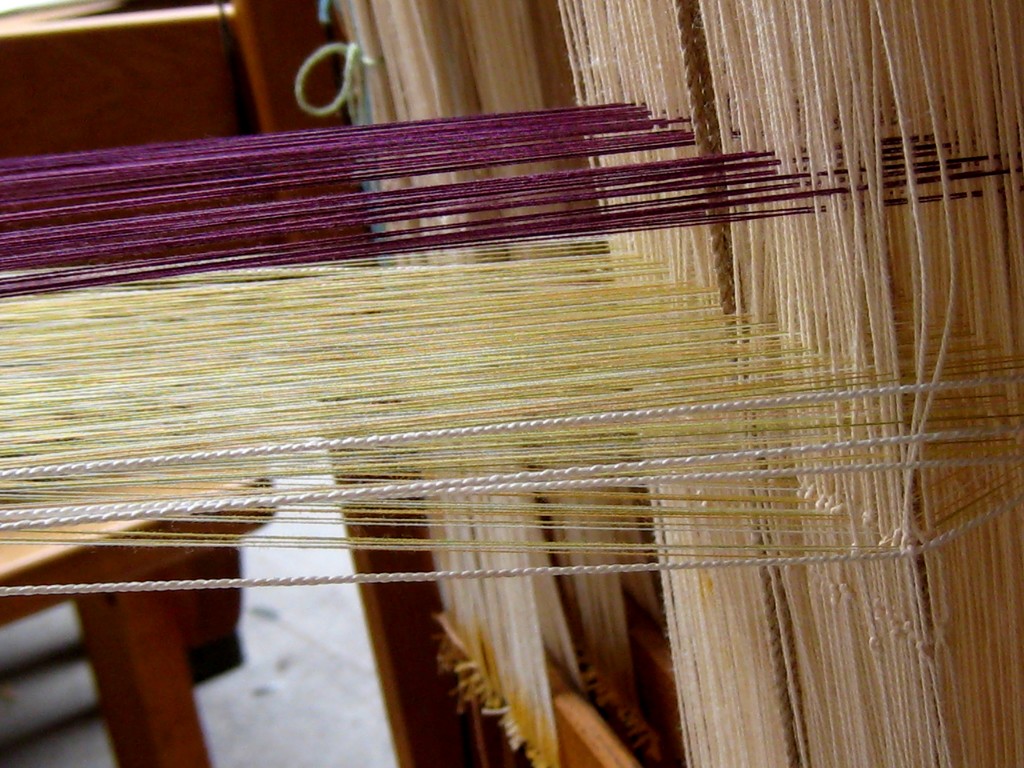